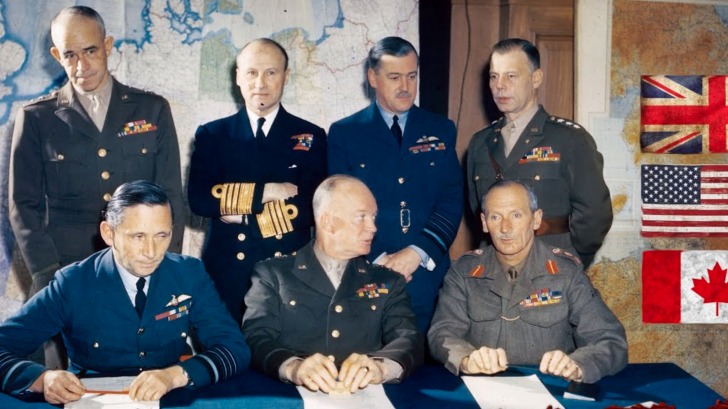 They Got Too Comfortable

By September of 1944, German forces have already retreated from France. This act sent shockwaves of euphoria to the Allied troops. For them, this meant that the war was finally about to be over and it was only a matter of time before Germany surrenders.

Germany was weakened, down to its knees, and should soon fall face first. This idea wasn’t just popular among the troops over Europe, even high-ranking military officials shared the same optimistic approach to the German retreat. Production of military supplies were even slowed down to prepare for the end of the war. Little did they know that it was far from over. The invasion of Germany won’t be happening anytime soon.

The Allies wanted to secure a bridgehead on the east bank of the Rhine River, hoping that taking this area would make it easier to break through Berlin. In order to do this, they planned to seize nine bridges using Allied paratroopers followed by ground troops marching over the secured bridges.

Though the Operation did succeed in liberating Nijmegen, Eindhoven, and a lot more Dutch towns, it failed in securing its main objective. The troops were not able to secure a bridgehead over the Rhine and in the process, lost about 16,000 men.

Problems regarding logistics, weather, and lack of planning were the many reasons for its controversial outcome.

Antwerp had the largest operational port in Western Europe at that time, and taking it would make it easier for the Allies to transport supplies to help the invasion of Germany. On September 4, Antwerp was taken by the 11th Armoured Division with its harbor still intact and operable.

Unfortunately, the port was almost useless since they were not able to capture and clear the canals leading to the port. The canals were filled with landmines and the German forces were still in control and had access to the rivers.

What happened after became known as the longest and bloodiest war that the Canadian army faced over the course of WWII.

Battle of the Scheldt

By the time the Allies tackled the German forces, they were unable to penetrate the recently-fortified German line. In the end, the Allies had 12,873 casualties, weakening their army further and slowing down its progress to invade Germany.

Multiple failed operations by the Allied forces extended the duration of the war. A few months ago, they were writing letters telling their loved ones that they’ll soon come home. Instead, they prolonged their stay and lost a lot of men in the process. It took the Allies until March of 1945 before they were able to cross the Rhine.

About a month after breaking through the Rhine, Hitler had died and Berlin had fallen.