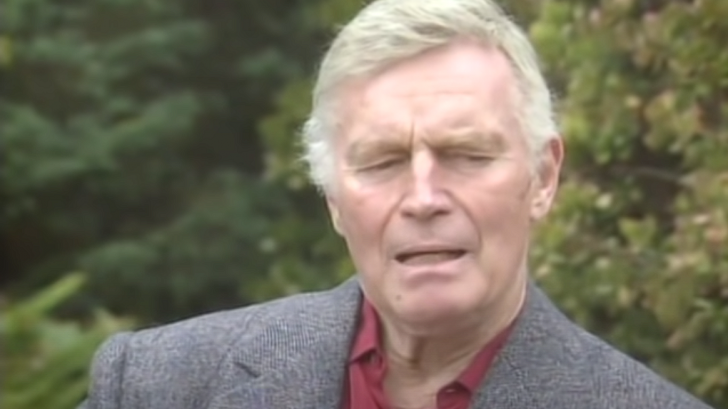 In a sense, Charlton Heston was a modern man. He was a theater kid and a political activist, even at a young age. What separated him from others in his acting career, is his affinity to play historical figures. As an actor, Heston played men who were “doomed to fail”.

Growing up, Chuck’s favorite game revolved around role-playing. He went to New Trier High School in Chicago where he was part of the extensive theater club available in his area called the Winnetka Community Theatre. This subsequently earned him a scholarship to Northwestern University.

Heston was a part of many movies, appearing in around 70 movies total. In addition to his screen time, Chuck also used his voice on radio in 6 different roles. He appeared in movies like, “Planet of the Apes”, “Ben-Hur”, “The Ten Commandments”, and more.

4. Trained To Ride A Chariot

In his role as Judah Ben-Hur, Charles did almost all of the chariot riding himself. The chariot scenes were particularly challenging, taking 5 weeks spread over 3 months to complete. Heston had to wear special contact lenses to prevent the grit from entering his eyes. All in all, that scene alone cost a million dollars to film.

5. Was a Political Activist

He wasn’t just an actor either. Heston was a political activist throughout his acting career. He showed support to the Civil Rights Movement and even sat 20 feet away from Martin Luther King during his iconic “I Had A Dream” speech. Later on, he became a vocal supporter of the Republican party.

6. Enlisted in the Air Force

When America entered the war in 1941, the promising actor quickly enlisted in the Air Force. There, he was part of a B-25 Mitchell crew as a radio operator and aerial gunner. He was assigned to the Eleventh Air Force and stationed in the Alaskan Aleutian Islands.

7. Used His Theater Experience During The War

To keep his exact location secret, he would mail his wife Lydia quotes from Shakespeare. Lydia would then look up the quote to find the specific act and scene it was from. The resulting numbers would be the exact coordinates of his location.

8. A Narrator for US Armed Forces

Aside from his military experience, Heston also contributed to the US Armed Forces as a narrator. He narrated instructional films related to nuclear weapons for the USAF and the Department of Energy. For six years, he held a “Q clearance” which was the highest security clearance available.

9. President of the NRA

In 1998, Heston was the “ceremonial president” of the NRA, acting as a spokesperson of the group. He was very outspoken about his right to bear arms and would often make speeches about the Second Amendment. He became an honorary life member of the NRA after his stint.

In his last public appearance in July of 2003, then-President George Bush presented Heston with a Presidential Medal of Freedom at the White House. He received the award for his contributions during WWII, in film, and in activism.