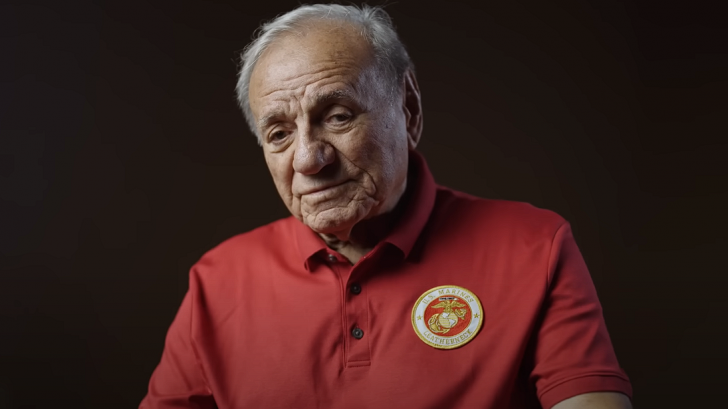 By the time the Marines arrived, the winter was already fast approaching. The air was dry and the weather was cold. The troops had to make do with what they were supplied with. A huge campfire and hot shower were all they had to combat the cold.

Stationed in foxholes on the hillside, Ralph Gastelum was shocked by what he saw. At first, they were told that Chinese Communists would give them a hard time. What they didn’t expect was the Chinese joining in on the fight. Gastelum’s group was now suddenly fighting two parties at once.

Gastelum watched from his foxhole as the opposing forces shot at their tents thinking Marines were there. A few seconds later, he found himself up against a group of Communists. In the middle of the fight, his gun jammed and he decided to lie down in the snow to play dead. Thankfully, he was able to run up the hill to escape after the group was wiped out by grenades.

The next morning, those who survived saw quite a grotesque sight. Bodies littered the land, frozen stiff and devoid of life. They put the Chinese men in one big pit and returned the fallen Marines to their camp.

They were not exempt from fighting as they were evacuated. The Chinese were vehemently trying to stop them from getting out of the islands. With help from American planes and backups, they successfully reached the evacuation point.