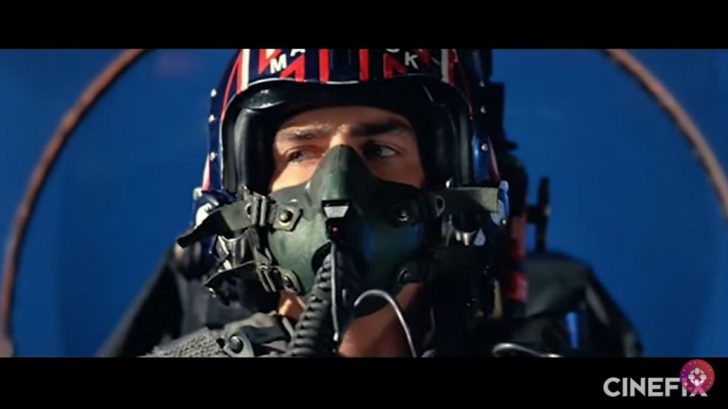 Top Gun was one of the most popular flying films of all time. Top Gun: Maverick, the much-awaited sequel to the 1986 classic, was also breaking box office records.

7. Because the movie was shot in the 80s, they couldn’t rely on digital effects to get the shots

This meant that the director and production team needed to get all the shots of actual flying and real jets for the film. Pentagon and the Navy worked with the team to get the required shots for the movie.

6. The Navy only allowed them to fire only one missile for the film

The team instead doubled the missile count by flopping the shot and reusing it.

5. They put the actors on the actual jets for a lot of shots in the film

On exterior plane shots, one can see a real military pilot in the front, with one of the actors at the back. All the actors also went through a flight training program to know what to do in case something went wrong while in the air.

4. Writers and producers felt the locker room was a place where actors could say things they wouldn’t be able to say anywhere else

They also considered Top Gun more as a sports than a military film, anyway.

3. Jim Cash and Jack Epps Jr. wrote the movie, a writing team that, in 25 years of working together, only did so in the same room once

Cash was in Michigan while Epps was in LA, so they mostly collaborated over the phone, by mail, and eventually, by computer. That’s mostly because Cash didn’t fly- pretty ironic that he was the one who co-wrote the most famous flying movie of all time.

2. Actors wear masks in cockpit scenes, although it appears that they’re talking, they’re not saying what the audience is hearing

Post-production tried to reverse engineer a plot, integrating it with the footage they had. That’s because they realized the movie had no story when they finished shooting.

1. Top Gun was such a hit it played in theaters for a whole year

Soon, a Top Gun 2 movie was underway, but the studio planned to use whatever aerial footage they had left on the first movie, only to find that there was none. Fortunately, this was a good thing, sparing viewers a crappy Top Gun sequel.