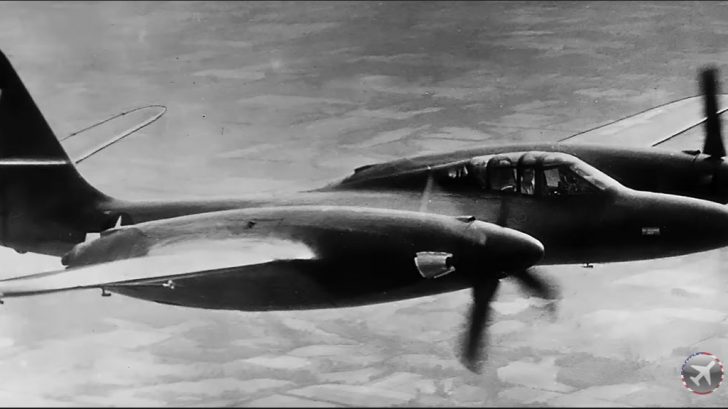 If Batman had a plane in the 1940s, this would be the McDonnell XP-67 Moonbat. This is an impressive single-seat twin and the only piston engine aircraft McDonnell ever produced.

Known as the Bat or the Moonbat, it didn’t live long enough to receive an official name, but it had a futuristic design nevertheless.

Here are some of the flaws of the McDonnell XP-67:

1. Issues in the initial development

With the project in full swing, tests in the wind tunnels brought many surprises, both pleasant and not so much. There are quite a several nuances, and handling them took a lot of time and effort.

With the power plant, things were even more challenging. The motor, for instance, has issues. Because it was brand new, it came with all the initial problems. Moreover, radial engines are popular for a reason. Their compact, inline counterparts suffered from overheating.

Thus, the more power they had, the more difficult it was for them. Finally, WWII was still raging on, and engine builders had more important priorities than an experimental plane.

2. Finding resources for the new engine was also a challenge

This resulted in constant delays in deliveries and the test program. Although the first prototype was ready in December 1943 and could fly, a significant amount of equipment wasn’t on it. For instance, the cockpit wasn’t pressurized, and weapons weren’t installed.

3. It was found that chronic power deficiency, along with the excessive weight of the aircraft, adversely affected flight performance

The first flight of the xb67 lasted only six minutes, and the plane had to land due to an engine malfunction.

While the engineers fixed the initial issue, the problem recurred in subsequent test flights. No innovations in aerodynamics can compensate for this.

4. Due to lack of power, the heavy XP-67 had difficulty accelerating and gaining altitude

The takeoff and landing needed a distance that was not at all fighter-like. Furthermore, the plane was fond of the Dutch roll, the oscillations of the airframe in flight. More critically, its stalling performance turned out to be not good. At minimum speeds, while maneuvering, it started falling on its tail with reasonably simple tests.

The problem became so apparent that they were afraid to do a full-fledged spin test, as there was a high chance that the plane wouldn’t be able to get out of the spin.

5. Engines remained the main problem for the aircraft

Although McDonnell placed a lot of effort into perfecting their airframe, the main problem was the engines. They were underpowered and unreliable, with eternal overheating troubles. It also managed to get into the cruising flight mode once. While it managed to accelerate to 405 knots which weren’t bad, it was far from the 407 knots McDonnell initially promised.

In September 1944, during a flight, it suffered from an engine failure again, starting a fire. While the pilot managed to make an emergency landing, all attempts to save the plane were unsuccessful, the flames burning it down.

The loss of this prototype was the last straw for the military. It reviewed the program and found out it had disappointing conclusions. This eventually led to its cancellation by the end of the war.