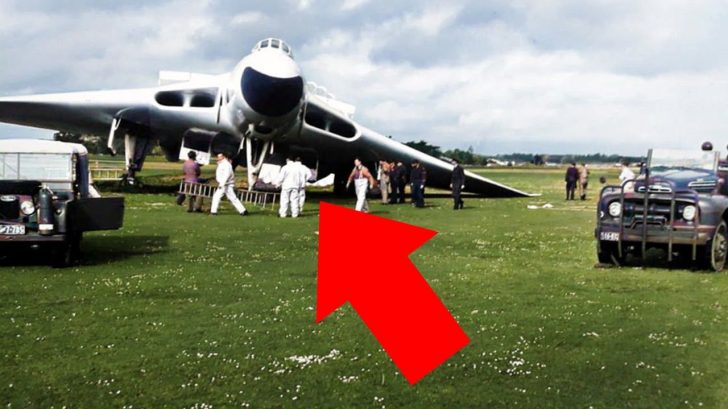 Built on a leveled hill, the airport was subject to high winds leading to a lot of turbulence. Nevertheless, an airshow was greenlit for its grand opening. What seemed like a normal airshow turned out to be a series of close calls.

The Sunderland was doing a low pass on the runway but the high winds made it harder to control its descent. As a result, it flew too low and its belly hit the runway before gaining altitude. The aircraft was gushing water while it flew back home for repairs.

After the Sunderland’s failed stunt, the Vulcan followed soon after. It did 2 touch-and-goes before committing to a landing for its third try. Again, the plane suffered from the winds which forced it to lean port-side. Its wheels shattered and the wing almost hit the ground as the pilot wrestled for control of the aircraft.

Thanks to the pilot’s skills, the plane became stable enough to fly right back up. It managed to do an emergency landing near its home base with only the starboard and nose landing gear. A specialized team from the UK had to be called in to repair the damages.

For the last stunt, a Vampire Aerobatic Team was going to dive towards the ground and pull up. However, the pilots’ visions were obscured by the clouds before the dive but they still did it anyway. As they dove, one plane was about 3 meters away from the ground before it pulled up.