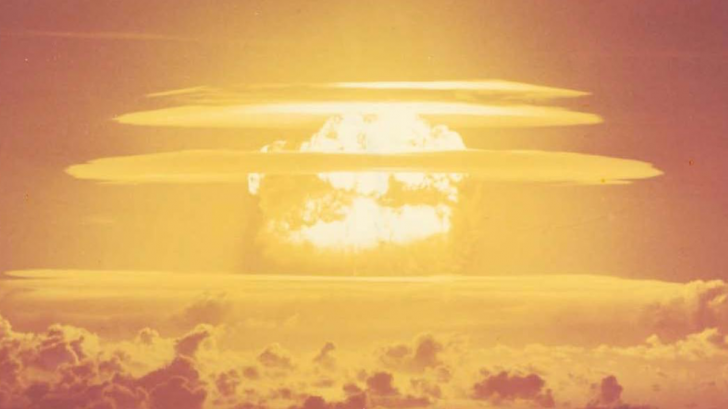 On March 1, 1954, America detonated its first hydrogen bomb on an island of the Bikini Atoll. After the explosion, it emitted a stream of bright light that shined for miles away. Meanwhile, three islands on the atoll were destroyed as a fireball rose at 1,000 ft/s and culminated into a mushroom cloud 130,000 ft above sea level.

The bomb’s yield was 3 times greater than their initial estimate and was about a thousand times more powerful than the atomic bombs dropped on Japan. The operation became known as the worst radiological disaster in America’s atomic testing history.

Before carrying out the operation, the US predicted that the winds would blow the radioactive emissions away from populated areas. Unfortunately, that wasn’t the case at all. The winds moved the emissions closer to the native populations and exposed the locals and nearby sailors.

A diplomatic crisis between Japan and the United States ensued due to the effects of the fallout. To help lessen further contact with the emissions, the US widened its exclusivity zone which heavily affected Japan’s fishing industry. In the end, America agreed to pay $15 million for the damages.

Effects On The Natives

The Islanders experienced numerous health problems linked to radioactivity decades after the tests and were forced to evacuate again because of the lingering effects of high-energy radiation. For their troubles, the US paid each individual $550 annually and covered their medical treatments.

To this day, Operation Castle Bravo is still the largest nuclear detonation ever performed by the US.