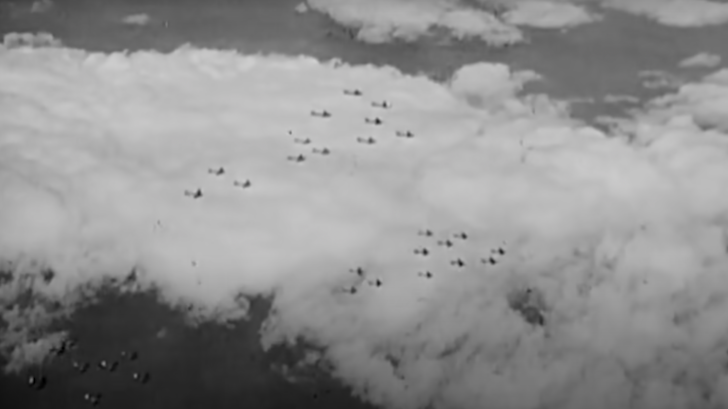 The aim of the operation was to deliver a decisive blow to Germany in the hopes of lowering morale. However, many disagreed with this statement. One official countered that this would make the treatment of Allied POWs harsher and make the Allies look much worse because of the expected high civilian casualties.

Despite much debate, Operation Clarion was cleared to go on February 22, 1945. If successful, it would spell total destruction for key German supply transportation which could convince the population that defeat was inevitable. The 15th and 8th Air Force along with the RAF were called to facilitate the bombings over the cities.

Based in Italy, the 15th Air Force would fly over to southern Germany for their mission. Meanwhile, the 8th Air Force was tasked to bomb the central and northern areas. To top it off, the RAF was expected to bomb the rural areas. For this operation, bombers were instructed to fly at 10,000 ft for maximum accuracy.

3,500 heavy bombers and 4,900 fighter planes were mobilized for the operation. The 8th Air Force dropped over 4,000 tons of ordnance with only 85 bombers damaged. The RAF and the 15th all carried out their missions successfully with the former having more casualties than American forces combined.

On February 23, 4,000 more aircraft dropped 4,000 tons on German cities. As casualties piled up and their infrastructure blown to pieces, German forces still somehow kept fighting until the bitter end. It took roughly 3 more months of constant bombings for Germany to finally surrender.