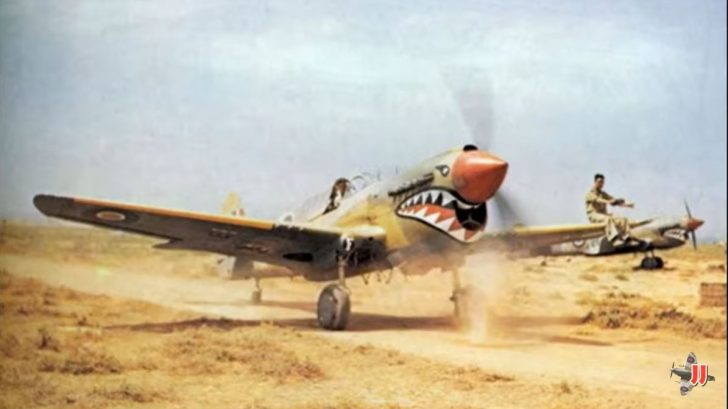 Although the P-40 Warhawk was a plane that was often overshadowed by many late-war fighter aircraft, it was the US’ third most produced fighter in WWII. Its greatest contribution is its ease of production. It was remarkably cheap at $53,000 an aircraft, which is a relatively idea to getting it immediately to the front lines.

The P-40 saw most of its use in the Mediterranean theater over mainland Europe. Moreover, it remained a highly capable and robust ground attack plane throughout its service.

Here are some movies it has been featured in:

1. In the movie Valkyrie, an authentic Canadian P-40 was flown

During one of the movie scenes- a North African ground attack sortie, an actual Canadian P40 was used.

2. In both Pearl Harbor and Tora! Tora! Tora! Several P-40s were used with real flight sequences

Both films also highlight several costly mistakes in failing to protect aircraft on the ground. In Tora! Tora! Tora! the scene where radio-controlled P-40s crashed was actually an accident. The footage wherein ground crew are seen running for their lives wasn’t actually acting.

3. The classic movie Midway features a pair of P-40s

However, they didn’t have the range to make it to the island in time for the battle.

Viewers get to see WWII and the P-40 from a different perspective, as all of the aircraft used in the movie are physics-defying CGI.

5. For those wanting to have a little bit of fictional fun on the North African campaign, and the P-40, the movie Death Race aka the State of Division from 1973

The story follows a cat and mouse theme wherein a German tank is chasing a damaged P-40 across the desert, which cannot fly.