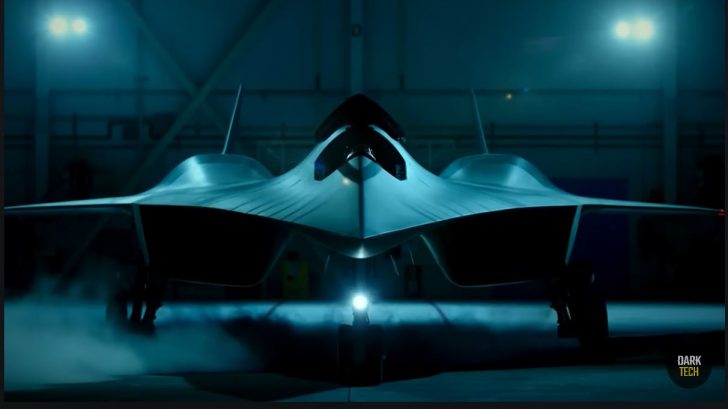 Despite Lockheed’s and the US Air Force’s announcement about a scaled demonstrator of the Son of Blackbird in 2013, both have remained silent. Thus, little is known about the progress of the SR-72, and it could be anywhere in the development process.

Nevertheless, so much secrecy around the project might suggest a black budget is carrying out the aircraft’s development, that its part of the Department of Defense’s most classified projects. With a tight lid on its development, the plane can take off in the skies one of these days without anyone knowing.

The Lockheed SR-71 Blackbird strategic reconnaissance aircraft was the world’s fastest warplane and the Cold War’s ultimate spy plane. It was always one step ahead of potential threats, flying 50,000 feet above commercial airliners.

This stealthy plane was introduced in 1966, specifically tailored to absorb and not deflect enemy radar signals. Thus, it remained hidden from prying foreign eyes despite being over 107 feet long. Painted in inky black, the color gave the aircraft its nickname, Blackbird.

After its retirement from the Air Force, aviation specialists and enthusiasts wondered when a new generation, higher-speed aircraft would succeed the Blackbird.

Named SR-72, also known as Son of Blackbird, this twin-engine aircraft is designed to be hypersonic and double its predecessor’s speed.

In 2016, 2 years after the contract with NASA, Lockheed Martin CEO Marilyn Houston announced that their team was on the verge of a technological breakthrough. The company seemed to imply that the technology would allow the SR-72 hypersonic plane to reach Mach 6 speeds while also costing less than a billion dollars in construction.

Basing it on Lockheed Martin’s timeline, a massed-produced Son of Blackbird can take the skies as early as 2030.

The retirement of the SR-71 Blackbird left a gap when it came to surveillance satellites, manned aircraft, and unmanned aerial vehicles made for the strike or intelligence surveillance and reconnaissance roles.

Meanwhile, the development of the Son of Blackbird has been kept in secrecy. The project is being built as a full-scale flight research vehicle. The model could also potentially be a piloted aircraft or an unmanned drone.

In addition, the aircraft would also be capable of strike missions. It was initially envisioned as an ISR program. Advanced subsonic or supersonic aircraft and unmanned vehicles (even stealthy ones) aren’t expected to survive, but the Son of Blackbird can.

It will also require new sensors and weapons that are explicitly created to operate at Mach 6.

If any aircraft manufacturer comes up with a mock aircraft that seems real enough to fool China’s military, then it is Lockheed Martin’s Skunk Works division. In 2020, Chinese operators needed to do a double-take when they saw an aircraft similar to the SR-71 in a hangar.

Thinking the plane was real, shocked intelligence Chinese officers repositioned their spy satellites to take photographs of it and hunt it down. However, when the said aircraft was featured in the 2022 film, Top Gun: Maverick, the Chinese realized they were fooled. In reality, the aircraft was only a full-sized mock-up of the Dark Star, a fictitious war plane rumored to be based on the Son of Blackbird.