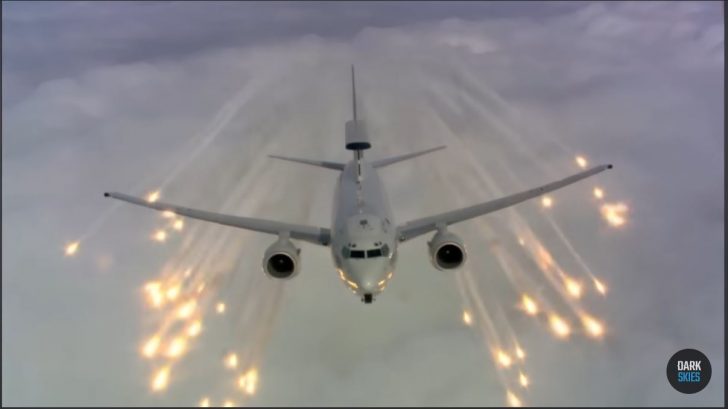 Earlier this year, the US decided to replace its Boeing E-3 Sentry fleet. While several options were considered, it was the Boeing E-7 Wedgetail that stood out, and the aircraft that’s currently in service in Australia and the UK.

Not only that it’s lighter and better equipped than its predecessor, but it also had a stronger defense element in 21st-century airspace. It also uses the potent Northrop Grumman electronic system’s multi-role, electronically scanned array (MISA radar.)

Still, a transition like this can be risky given today’s fast-moving international landscape. Here are the ten things you need to know about the risky and bizarre future of electronic warfare:

1. As prospective adversaries like China and Russia have already developed several counter-space capabilities, the era of American superiority in this domain has been increasingly challenged

These advantages threatened the US military’s early warning, intelligence gathering, navigation and weapons guidance, communications, and data sharing systems. Thus, it led to an exploration of innovative possibilities in distributing stronger, and less vulnerable space-based networks.

2. The Air Force chose the Boeing E-7 Wedgetail as a rapid prototype aircraft

The Pentagon’s official budget is a total of 227 million dollar fund to support this replacement effort.

Senate armed services committee chairman Jack Reed said, “The timeline is driven by the fact that we’re purchasing new commercial airplanes and then modifying these to be the surveillance platforms that we want. Getting the planes is a two-year process, and modifying them will take another two years.”

4. The story of the Wedgetail dates back to 1986 when the Australian Department of Defense evaluated industry proposals for airborne surveillance and early warning

However, it wasn’t until 1944 that the first phase of project air 5077 was approved.

5. It’s based on the Boeing 737 next-generation design

This is found at the dorsal fin on top of the aircraft’s body. The radar can also simultaneously do air and sea searches, fighter control, and area searches within over 600 kilometers.

7. Unlike its predecessor, the E-7 has a fixed active electronically scanned A-radar antenna instead of a rotating one

8. When it comes to the crew, the plane houses eight operator consoles

It also has ample space to install four more.

9. The aircraft’s first sortie was searching for Malaysia Airlines flight 370 in 2014

Later that same year, it did another sortie with the Australian forces in Iraq, supporting coalition forces, and doing airstrikes against the Islamic state in the region. 5:40

10. The electronically scanned array of the Wedgetail can do radar beam steering, sector steering, and much quicker target revisit rates

This translates into better target detection and finding modern threats. It also has better electronic protection that’s often not possible with the E-3’s mechanically scanned radar.