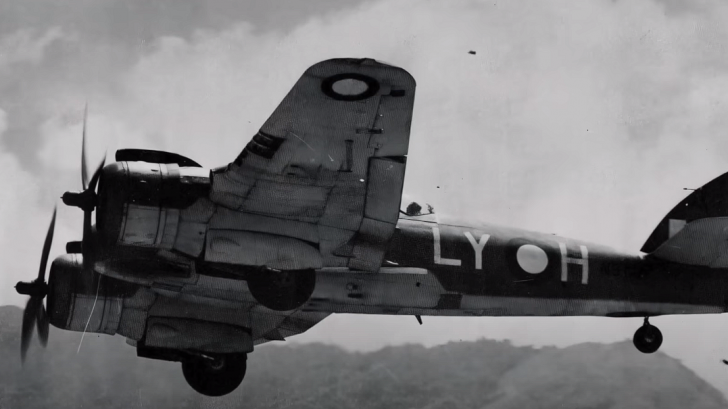 Mervyn Shipard, a Beaufighter ace pilot, said it was the perfect aircraft for night missions. It had ten guns – four 20mm Hispano Mk 2 cannons and six 0.303-in Browning machine guns. The pilot had full vision of his surroundings and could stay in the air for 5 to 6 hours thanks to its efficient and robust engines.

The twin-engined Bristol Beaufighter has two powerful Bristol Hercules engines. Too powerful, in fact, that taking off can be pretty dangerous to a new pilot. Due to the torque produced by the engines, the aircraft could go into an uncontrollable swing.

Beaufighter pilots benefited from the relatively silent engines of the aircraft. In missions, they would also use the cover of the terrain to minimize their presence. Most of the time, the plane was so silent that it could suddenly pop up near a Japanese encampment and wreak havoc. It’s called the Whispering Death for this reason.

With a population that’s only 7 million strong, the Australians produced the Beaufighters themselves. The initial production of the Bristol Beauforts made the manufacturing of Beaufighters easy, stemming from the fact that these two aircraft almost have the same design.

5. Could Take A Beating

Its pilots loved the Beaufighter’s ruggedness and reliability. When it first came into service, a lot of the pilots quickly made the aircraft popular due to these characteristics.

6. Had An Unreliable Compass

The Beaufighter’s compass did its job for the most part. It was reliable most of the time and could guide pilots when needed. Regardless, when the time came to fire the aircraft’s guns, the compass would suddenly go haywire.

Even though it heavily favored nighttime missions, the Beaufighter can also be used to take down ships. The plane could take off with one torpedo and use its remaining ten guns to strafe Japanese ships afterward.

8. Played A Role In the Battle of Bismarck Sea

One of its most famous uses was at the Battle of Bismarck Sea. There, the Beaufighter squadrons fought alongside Allied B-25s and A-20s to sink Japanese ships. The Japanese couldn’t distinguish between a Beaufort and a Beaufighter, thinking the latter was also a torpedo bomber. They focused on the Beaufighters as the Allies bombarded their ships with bombs.

9. The Downside of Being Too Fast

With a top speed of 321 mph, the Beaufighter was only slightly slower than the Japanese Zero. However, the aircraft could become abruptly uncontrollable at those speeds. One pilot said it was pointless to be that fast since you’ll mostly be sacrificing its handling and maneuverability at that point.

Since the P-51s only had one person in each plane, the famous escort plane ironically needed an escort for their trip to Japan. The Beaufighter fit the bill to become the escort’s escort. During their trip, they had to fly at almost sea level because of the bad weather. No Beaufighters were lost but three Mustangs crash-landed on the Japanese island.