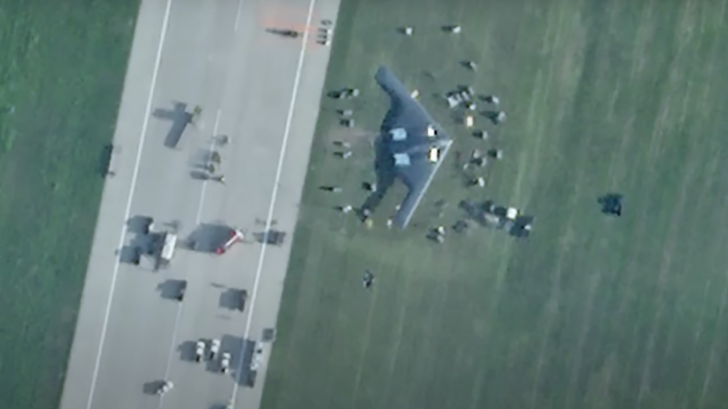 On September 14, 2021, a B-2 Spirit crashed on Whiteman Air Force Base. The plane was seen on the side of the runway with one of its wings digging into the ground.

The Air Force Global Strike Command put out a statement regarding the crash. According to preliminary investigations, the B-2 experienced an in-flight malfunction during a routine training mission. The plane was subsequently damaged after an emergency landing but the crew suffered no injuries.

After the incident, they issued a temporary flight restriction order spanning a 6-mile radius around the Whiteman Air Force Base. The air space was to be restricted for two weeks to enable investigators to conduct a thorough inspection of the incident.

As luck would have it, the crash was captured by Google Maps. It wasn’t long before forums caught wind of the rare sighting of a B-2 Spirit’s crash. Internet sleuths came up with their own version as to what had happened with the Stealth Bomber. The most likely reason, they said, was a hydraulic failure mid-flight which resulted in an emergency landing, and the main landing gear collapsing.

In March of 2022, the Air Force Global Strike Command revealed the cause of the incident. According to their investigations, old springs installed in the plane’s left main landing gear failed to provide sufficient pressure to maintain the lock links in a locked position, resulting in it collapsing during landing. $10.1 million was the minimum estimate to start repairs.