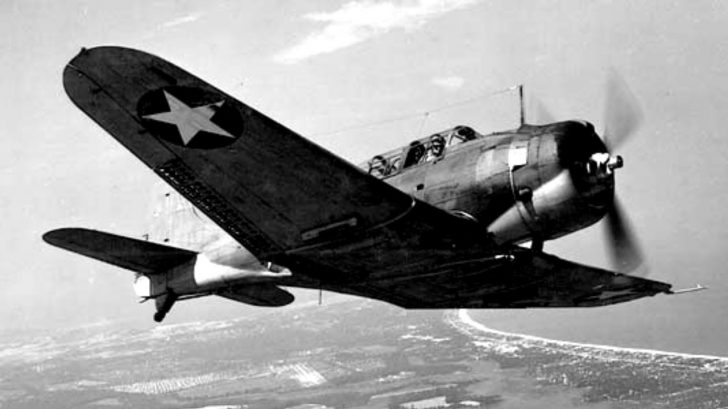 The Dauntless played its most important role during the Battle of Midway. Four SBD squadrons engaged Japanese aircraft carriers and efficiently took care of them in just six minutes. They sank or fatally damaged three carriers: the Akagi, Kaga, and Soryu. After the initial attack, they finished off two more Japanese cruisers and took down the infamous Hiryu afterward.

SBDs sunk more enemy ships in the Pacific than Allied bombers. In fact, there have been claims of the Dauntless having a positive kill ratio against enemy aircraft too. For a bomber, the Dauntless could pack quite a punch in dogfights by using its two 0.50-in M2 machine guns in front and another two 0.30-in M1919 in the back.

Even though it left its mark as a carrier-based dive bomber, another variant was designed for land-based deployment. This time, without the arrestor hook, the A-24 Banshee was born. It was used for ground attacks, CAS, anti-ship warfare, and reconnaissance missions.

Known to be relatively slow, the SBD made up for it by having a longer operational range, excellent maneuverability and handling, ruggedness, and carrying heavier payloads. Most importantly, its perforated dive brakes enabled it to have one of the best diving characteristics in WWII.