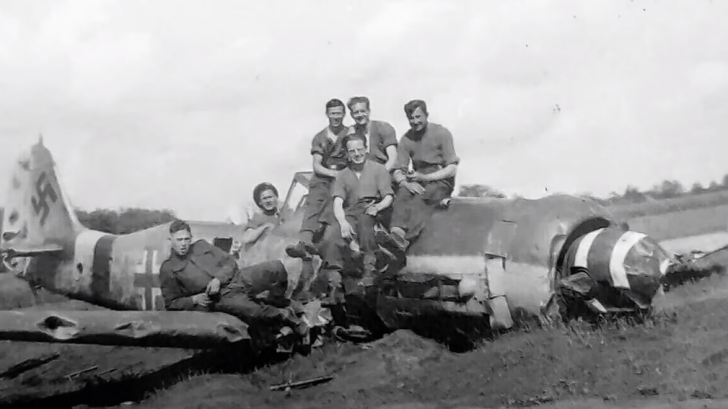 Most of the ace pilots in WWII share one thing in common – a very high experience level. A lot of these men were either already pilots or had flying experience before joining the military. In addition, most of the US ace pilots had foreign training before entering the war. Some trained in flight schools, while others got their overseas experience by fighting in wars. There’s also a correlation between their academic backgrounds and their success as pilots. According to Greg’s research, aviation, music, and martial arts are the most likely degrees to yield an ace pilot. 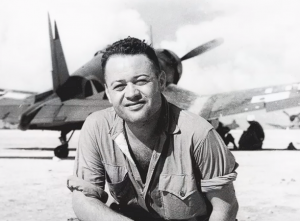 One perfect example is Pappy Boyington, who held a degree in aeronautical engineering before starting his flight training as a US Marine. After training, he fought overseas as one of the Flying Tigers based in China for seven years. There, he also worked as an instructor and brought his experience with him to fight for the US during WWII to become one of the highest-scoring aces we have ever seen. Greg argues that Pappy’s “brawler attitude” also had an effect on his success. 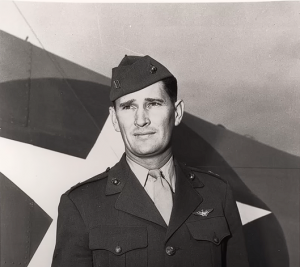 Foss started flying as a civilian pilot in 1938, logging around 100 hours of flight time before joining the war. Even though it’s not that high, his experience was already far better than those trained by the military for WWII. In the same way as Boyington, Foss also had a background in boxing. For context, Foss had 26 confirmed kills as a Marine while Boyington had 22 and an additional six as a member of the Flying Tigers. 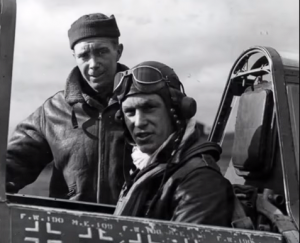 Robert S. Johnson, a Thunderbolt ace pilot, started flying when he was just 12 years of age. As a kid in Lawton, Oklahoma, he worked 8-hour shifts for a cabinet manufacturer to pay for his flying lessons. If you haven’t guessed by now, Johnson was also a boxer like Foss. He finished his career as the highest-scoring US ace in the European Theater. 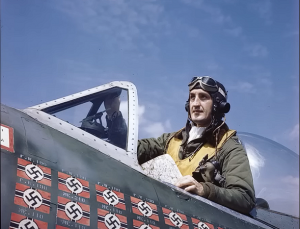 Francis Gabreski, another Thunderbolt ace pilot, was also among the highest-scoring US aces in the European Theater. Like the last three pilots, Gabreski started his flying career as a civilian pilot. His training didn’t start well, but his determination and perseverance eventually paid off. Once he was an official military pilot, Gabreski got a job as a Liaison Officer for the RAF, where he flew missions aboard a Spitfire and even went to combat on at least one occasion. 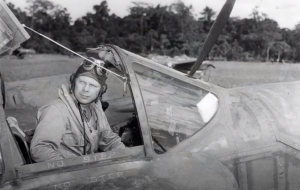 The famous Richard Bong almost had the same path as the rest. As a kid, Bong was already interested in aviation and became a civilian pilot before joining the military. Unlike the rest, however, Bong took an interest in music. During his service, Bong was credited with shooting down 40 Japanese aircraft while using his trusty P-38 Lightning.

Whatever their academic background is, one thing is for sure. Past experience in flying helped most of the ace pilots in succeeding at their jobs.