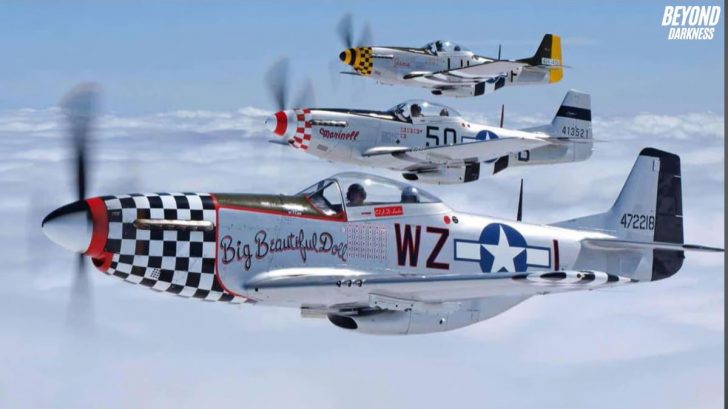 The P-51 Mustang was the first fighter aircraft invented in the US to fly across Europe after the collapse of the French Republic.

1. This legendary warplane fought and downed every kind of German aircraft

It took down every kind of German war plane, even the sleek twin-jet Messerschmitt 262s during WWII.

2. It was originally meant for the British as a medium-altitude fighter

It proved to be an excellent fighting machine performing long-range escort duties.

It also made quite a name for itself by wrecking trains, warships, and military sites in Western Europe and destroying axis fortifications before the Allied invasion of Italy.

3. The P-51 was the first single-engine plane to infiltrate Germany

4. It played a key role in the Allies’ victory in WWII

Before the Battle of the Bulge, the Allies were losing hard. However, soon after the P-51 soared through the skies, the Allies secured total air control and swept the Germans out of European skies.

5. The Mustang was a fighter that could go the distance

It escorted B-17s and B-24s on bombing missions in Germany. Although it could fly upwards at 2,000 miles without refueling, its peak speed of 437 miles per hour made it more like a racehorse in these long journeys.

It was also equipped with four Browning 0.50 caliber machine guns (later upgraded to six) making it an extremely deadly dogfighter.