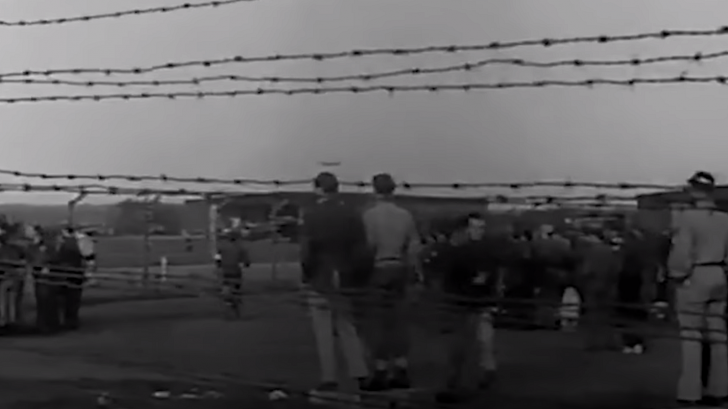 Technically free men, the Allied POWs in Barth, Germany, still had a long way to go before they could come home to their respective countries. On April 30, the Germans in charge of the camp left their posts to evade the incoming Soviet Union’s Red Army. A day later, the Red Army took control of Barth and the lives of the Allied POWs.

The prisoners were growing weary by the day as tensions rose from the Red Army’s brutal rule. With over thousands of POWs now locked up again, Britain and America finally decided to step in.

Hearing the plight of the POWs, the Allies decided to move quickly. The mission warranted the use of 110 aircraft, with most being B-17s. To make the rescue operation more efficient, the planes had their equipment and armaments removed which freed up space and made the aircraft lighter.

The first planes arrived on May 12 to evacuate the injured men and some of the British. Over 900 POWs were rescued by the bombers in just one day. As the prisoners of war boarded the plane, the aircraft crews shook their hands to tell them the great news – they were finally free at last.

Most of the American POWs were sent to Le Havre, where they waited at Camp Lucky Strike for more aircraft to ferry them home. Meanwhile, the British POWs were transferred to the 8th Air Force, where they were flown back home to bases in Great Britain.