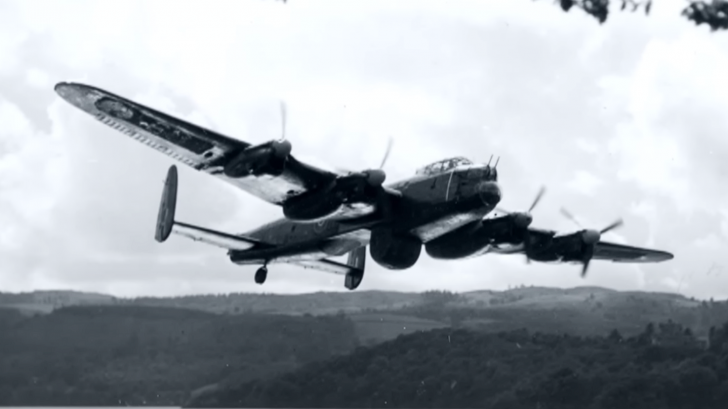 The Lancaster originated from the Manchester – a bomber powered by the still-in-development Rolls-Royce Vulture engines. Though the airframe had no problems, the plane’s performance suffered heavily because of the engines. Years later, Avro submitted a proposal for a four-engined Manchester. This time, it was powered by Rolls-Royce Merlin engines, solving the main problem of the bomber.

2. From A Beast To A Beauty

After transitioning from a two-engined to a four-engined aircraft, the Lancaster impressed everyone during its maiden flight. Avro was awarded a contract for over 1,000 Lancasters after the successful flight tests.

3. Produced At A High Rate

Avro could put out seven to eight Lancasters per day at its peak. This feat was made possible by their factory at Yeadon that employed 17,500 workers – for context, Yeadon’s population was only 10,000. Their employees worked at 1.5 million square feet of land and under a roof disguised to look like typical British fields.

Lancasters were able to carry the aptly named “Grand Slam” bombs. These earthquake bombs weighed 10 tons, so Lancasters had to be modified to carry such a heavy bomb. Thus, the Lancaster B.Mk 1s were born. They had better engines, removed bomb bay doors, and a stronger undercarriage to accommodate the bombs.

In May of 1942, Lancasters participated in the first 1,000 bomber raid over Cologne. 73 Lancasters and 46 Manchesters contributed to the 1,455 tons of bombs deployed during the attack.

Barnes Wallis developed a specific type of bomb to bring down damns located at the Ruhr Valley. Conventional bombs wouldn’t be effective since the Germans used torpedo nets to catch them on their way down. Therefore, Wallis designed a bomb that would bounce off the water and lance close to the damns. Later on, these would be used in Operation Chastise.

7. Had A Nearly Impossible Task

During Operation Chastise, Lancasters were ordered to deliver the drum-shaped bouncing bombs in a very specific way. The bombs had to be spun up to 500 rotations per minute before getting let go. Moreover, the Lancaster had to drop the bomb at precisely 60ft off the water while traveling at 232 mph.

The operation was a huge success. The Mohne and Edersee dams were breached, while the Sorpe dam suffered minor damages. In addition, eleven factories were ruined, a hundred more needed repairs, and two hydroelectric power stations were obliterated.

Thinking Hitler was at his home in Obersalzburg, 359 Lancasters along with 16 Mosquitos, 13 British fighter squadrons, and 98 P-51s rained hell over Obersalzburg. Though Hitler wasn’t there, the US Army found Goring after the air raid and took him in as a prisoner.

Commander of the Luftwaffe, Adolf Galland, stated that the Lancaster was the best night bomber of the war. Galland wasn’t the only one who thought of the Lancaster this way. According to “Bomber” Harris of the RAF Bomber Command, the plane was their “shining sword” – a fitting description of an aircraft that played a massive role in winning WWII.