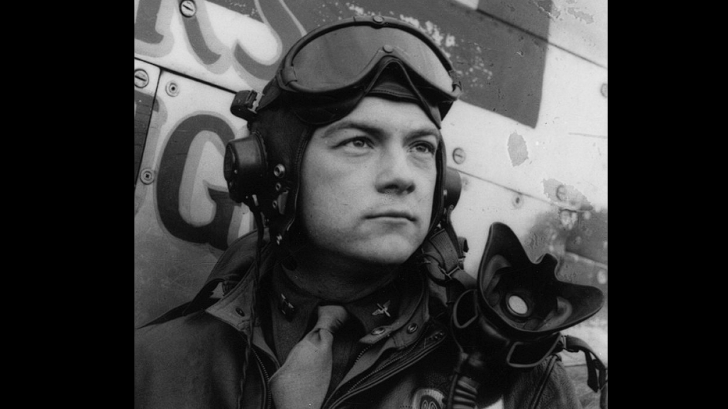 Jack Ilfrey was the first American P-38 ace pilot of WWII and perhaps one of the luckiest aces during his time. Below, we tackle how the American ace managed to maneuver away from total failure.

One of his P-38’s drop tanks malfunctioned while on the way to North Africa. Because of this, Ilfrey had to do an emergency landing in Portugal. However, since Portugal was a neutral country, he was informed that he would be interned for the duration of the war.

A Trick Up His Sleeve

Somehow, Ilfrey managed to convince the Portuguese to refuel the P-38. Soon after, a major asked Ilfrey to show off the airplane. With the major on the wing and Ilfrey inside the cockpit, he decided to take his chances. He suddenly pushed the throttles forward which knocked the major off the plane and gave him ample time to take off.

In 1944, Jack and his unit found themselves in a violent dogfight over Berlin. After downing a German plane, Ilfrey collided with another aircraft that cut five feet off his P-38’s wing. Through sheer luck and skills, Jack regained control and limped back to England with only half a wing left.

Ilfrey’s P-38 was fatally hit by flak during a sortie targeting trains and railways. With his engines on fire and his altitude dropping fast, Jack knew a crash landing would spell his death. Luckily, Jack decided to bail out at just the right time for his parachute to deploy before he hit the roof of a building.

Taken In By A Family

After landing, a French family took him in and stowed his parachute away. The family fed him, gave him a bike, and provided him with fake papers for his new identity as a deaf and mute farmer named Jacques Robert. Using his trusty bike, he eventually reached the Allied front line and returned back to England.