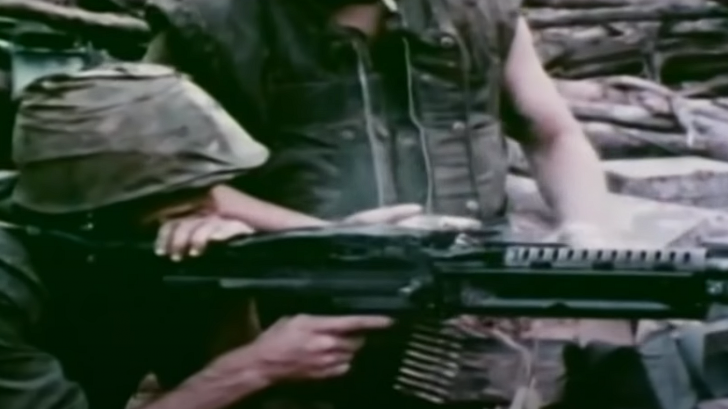 It wasn’t enough that American soldiers had to traverse the thick jungles of Vietnam while facing the elements. In their paths lie booby traps and mines that the opposition carefully placed to deter the American forces from advancing. They had to watch where they were going, or they risked getting blown off by these cunning traps.

Every person they came in contact with had to be swiftly identified. If they were to come across a surrendering enemy, the prisoner would be treated fairly in accordance with the international humanitarian laws of the Geneva Convention.

American forces and the village people constructed churches, hospitals, and schools. This was possible thanks to the civic funds and the Marine Corps Reserve Program, which provided them with the tools and manpower to achieve their goals. Through this act, America tried to convey its generosity to gain the trust of the Vietnamese population.

Fast, small boats with guns were utilized to patrol the shallow waters of Vietnam. In these missions, they would hunt down and annihilate the waterborne Vietcongs. In addition, they would also act as advisors to the Vietnamese Navy in the event of an attack.

Since troops were entering hostile, well-defended territories, they had to prepare themselves for an ambush. If they were to be attacked by the Vietcong, they would take cover and call for support. In just a few moments, American planes would bomb and strafe enemy positions, clearing the way for the soldiers.

Even though gun wounds were the most common cause of death, it wasn’t surprising to see men die from Vietnam’s tropical weather conditions. The threat of malaria, immersion foot (aka trench foot), and heat prostration were all common during the conflict.

The US employed chaplains who traveled with troops wherever they went. Chaplains were there for spiritual counseling or a quick morale booster. They only needed a small piece of land to set up their tables and put their cross on top for the service to start.

After long battles, troops are expected to clean themselves and their equipment before entering the tents. Aside from reinforcing good habits, prioritizing cleanliness helped them to stop the spread of bacteria and diseases – common threats who also commanded respect.

Since smartphones weren’t invented yet, the soldiers had to make do with mundane albeit relaxing pastimes. Some played cards with their fellow servicemen, while others read outdated magazines they either brought with them or found in abandoned places. If they wanted to, this would also be the perfect time to write their letters to be sent home to their loved ones.

Besides those who served in the front, there are those who served quietly and valiantly behind the lines. Cooks, doctors, nurses, and many more professionals served their country to help America’s war efforts. In some cases, their duty needs them to work for 18 hours straight to get the jobs done.