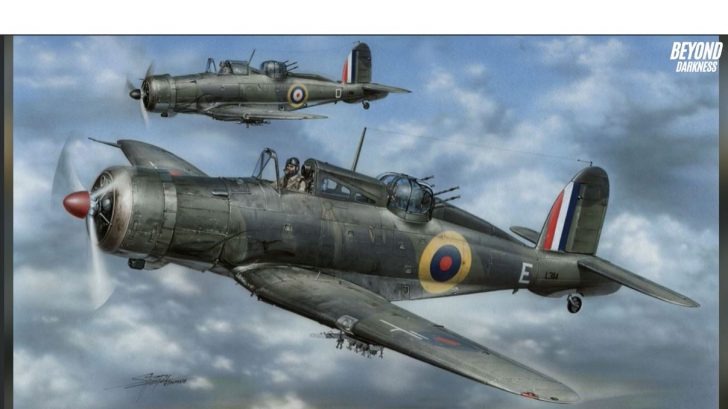 In the aviation world, there’s a long list of airplanes that did not live up to their promise, and one of them would be the Blackburn Roc. Whenever this name is mentioned, it’s almost impossible not hearing negative stories about it.

But does the Blackburn B-25 Roc deserve its reputation? Was it that bad?

The B-25 Blackburn was a two-seat, low-wing monoplane of all metal construction. It was equipped with a Bristol Perseus radial engine and used the same Boulton Paul power-operated gun turret as its competitor, the Defiant.

It can also transport two 250-pound bombs under its wings and keep dive breaks, allowing it to be used as attack equipped.

The Blackburn B-25 couldn’t compete with the Blackburn Skua, its predecessor, in terms of speed and range, even though the Skua was known as being weaker than land-based warplanes.

Although it was designed as a naval defensive warplane defending bombers and attack aircraft, there was a problem. The aircraft’s turreted gun meant that it would be heavier and thus be too slow. It only reached a top speed of 223 miles per hour. Furthermore, the guns wouldn’t fire properly unless the aircraft flew in a straight line.

These warplanes were first sent to a Scottish airfield, protecting Scapa Flow in the Orkney Islands. Throughout the operation, it was found that the plane had no use, with the commanding officer remarking that it was a “constant hindrance.”

In April 1940, Rocs were sent in modest numbers providing air support for the fleet to help repel the German invasion of Norway. Again, it took the planes too long to catch German planes.

A Glimpse of Success

On May 28, 1940, success finally came for The Roc. A combined group of Skuas and Rocs ambushed five Junkers JU-88s who were attacking a convoy off the coast of Austin. During the Junker’s attack, one Roc flew below the bomber, and the gunner could shoot down one of the German aircraft.

Shortly after, it waged strikes against German e-boats in Bologna and artillery outposts in camp grenades- the war bird had better success this time. However, this primarily due to the absence of hostile planes. In front of a hostile fighter- it was nothing more than a sitting duck.