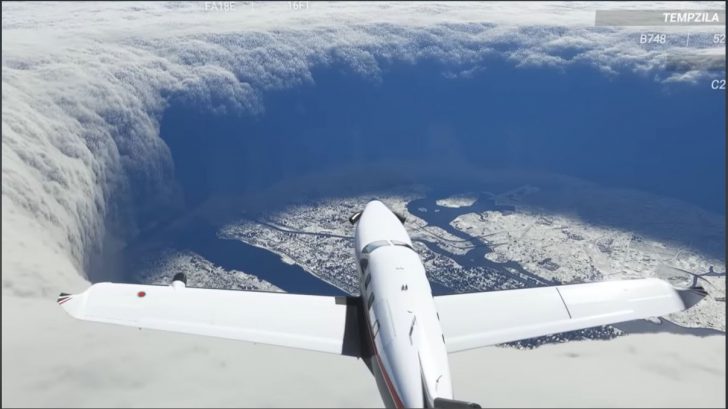 If a particular city is experiencing a hurricane, will it still be safe to fly? Are airplanes can fly in hurricanes? Technically, yes. As long as the wind and weather are within safe parameters, a pilot can fly a plane even when a hurricane occurs. However, they have to ensure certain conditions are met before take-off.

Still, it’s not advisable to fly through a hurricane for several reasons:

1. It’s forbidden to land in a category five hurricane

Landing on a category five hurricane isn’t allowed because wind speeds are over 250 kilometers or 157 miles per hour, making it dangerous for the passengers and the plane itself.

Furthermore, planes could undergo a difficult touchdown and terrible wing strike. It could also potentially collide with an object, severely damaging the aircraft.

2. Hurricanes have high-speed winds, which can be dangerous

On the other hand, the higher you’re above the hurricane, the less wind and disturbance you’ll feel.

A plane usually gets less disturbance flying above the eye of the hurricane than around it.

4. Hurricanes inhabit areas that are close to the ground

This means approximately 20,000-30,000 feet in moderate storms. Thus, most disruptions happen on the ground level- most airports close, and airlines can’t take off or land.

5. Overflying a hurricane can be incredibly risky

If something goes wrong, like unexpected engine troubles or medical emergencies, options would be limited. While a descent for diversion is possible, the runways that are fit for landing will usually be much further away.