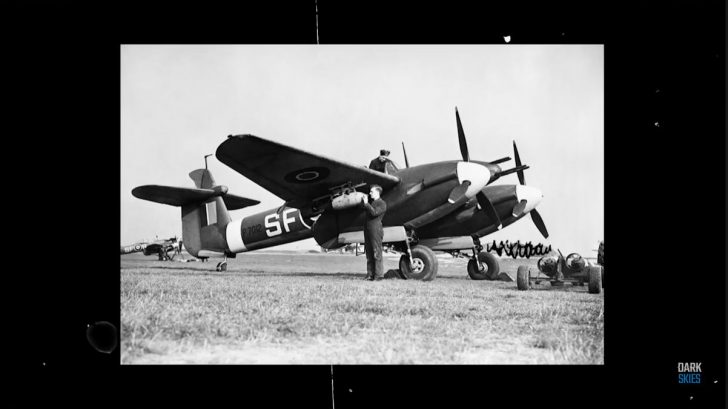 The Westland Whirlwind was a British twin-engine heavy fighter and fighter-bomber aircraft. Although impressive when it was first introduced, it was eventually doomed because of its choice of engines.

Here are ten interesting facts about the forgotten Westland Whirlwind:

1. The fighter had a highly innovative design for its time

It had a set of two Rolls-Royce Kestrel engines that were mounted in pods underneath the low wings. It was also the first British fighter featuring a bubble canopy offering excellent vision.

2. The initial fight tests were promising that the British air ministry almost sent the aircraft into immediate production

However, Westland engineers decided that the plane’s Kestrel engine be replaced with the newly upgraded Rolls-Royce Peregrine engine.

Westland aimed for overall performance- with the Rolls-Royce Peregrine engines producing over 850 horsepower as compared to the 650 horsepower of the Kestrel.

3. Its engines were cooled by ducted radiators found on the wing’s intersection to decrease drag

It also provided cockpit heat, which is lacking in most Royal Air Force models at that time.

4. When it first flew in the late 1930s, it was one of the fastest aircraft of its time

It had a maximum speed of 330 miles per hour, which is quite similar to the early versions of the Spitfire fighter. It also has an operational range that’s about twice its contemporaries.

5. The Whirlwind’s initial operations included convoy patrols, as well as hunting and destroying German e-boats on the English channel

The aircraft was declared fully operational on December 7, 1940.

6. The first air-to-air fatal hit that is credited to the Whirlwind happened on February 8, 1941

This happened when a pilot from the 263rd squadron shot down an Arado Ar-196 float plane.

7. The Whirlwind featured the most powerful armament of any aircraft in the world

It featured four Suiza HS.404 20 mm autocannon on its nose, which is capable of delivering a weight of fire up to 600 pounds of explosive shells per minute.

These cannons were used in the airplane’s ground attack and bomber escort roles. However, these are prone to jamming. The metal led to bruises on the hands of the pilot while shooting.

8. The aircraft faced a number of critical issues

While the plane’s overall performance was reasonable, many RAF pilots noted that the plane’s maneuverability fell short of initial expectations.

While there are some discussions of replacing the Whirlwind’s Peregrine engines with the Merlin engine, a redesign was too costly.

9. With the Peregrine engines’ performance lacking at high altitudes, the Whirlwind was relegated to doing ground attack missions over France

Some models were eventually converted into a fighter bomber configuration, carrying two 500-pound bombs. These became modified whirlwinds, aka “Whirly Bombers,” blasted hundreds of bridges, cars, shipping, and other targets all over Northern France.

10. It had a short wartime service life

Despite becoming a good fighter and ground attack aircraft, the Whirlwind was withdrawn from service in 1943. By then, new cannon fighters like the Typhoon became available for ground attack duties.