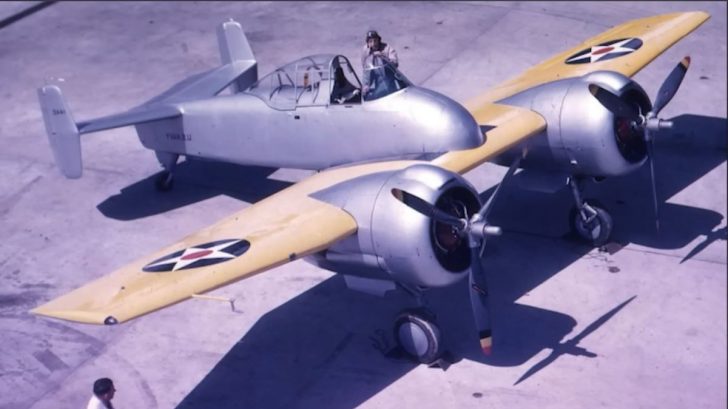 The Grumman XF5F Skyrocket was a prototype two-engine shipboard fighter-interceptor of the United States. Despite its stellar performance, it wasn’t enough to put it into production.

Here are the five facts you need to know about the Grumman XF5F Skyrocket:

1. It was known for its unique look

It was a twin-engine, low-wing monoplane with a twin fin tile assembly. Its undercarriage retracted into the engine cells. Moreover, the forward nose of the fuselage didn’t extend forward of the wing.

2. Grumman engineers had the two engines rotate in opposite directions to one another

This removed engine torque and became a popular decision for test pilots.

It also had a climb rate of around 4,000 feet per minute. At the time, this was already an astounding performance.

4. It was 50 mph faster than the Wildcat and Hellcat

Later on, when pitted against the Corsair and the Spitfire, its performance is also stellar.

5. Despite its amazing performance and the feedback of test pilots who flew it, the Skyrocket would never get a production order from the US Navy

XF5F would end up being limited to a single prototype. There were several factors behind this. First, it went up against the F4U, and Corsair was thought to have more development potential.

Another factor was that its novel two-engine layout needed more materials, cutting down the production of other aircraft. After all, the engines of one XF5F could already power two single-seaters.