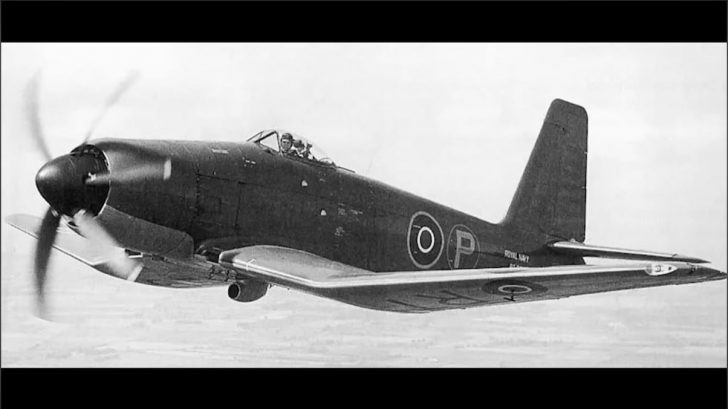 The Blackburn Firecrest was a single-engine naval strike fighter. It was considered an upgrade to its troubled predecessor, the Firebrand.

Here are the five things you didn’t know about the Blackburn Firecrest:

1. The development of the aircraft was aimed to resolve the key issues that were inherent in the Firebrand design

One of the biggest complaints about the Firebrand was the poor visibility for the pilot when landing on a carrier.

The Firecrest remedied this by moving the cockpit forward and elevating it. Thus, the pilot can see past the nose and wing leading edges.

2. The Firecrest also aimed to enhance the wing folding mechanism of its predecessor

Its wings had two joints for double folding, making a much more compact aircraft when stowed.

3. The aircraft’s performance was notably better than the Firebrand

It demonstrated a top speed of 380 miles per hour.

4. However, despite the improvements made to remedy the faults of the Firebrand, the Firecrest didn’t seem to be a very good aircraft to fly

According to popular test pilot Eric Brown, “The Firecrest actually handled worse than its predecessor.”

Moreover, strength testing done by the Ministry of Supply didn’t think that the aircraft was strong enough for carrier service.

5. It was looked at as a ‘dinosaur’ in technological terms

Development of the Firecrest didn’t proceed any further since it was already clear that jet or turboprop power will be used for military aircraft use.

In March 1949, testing and development for the aircraft halted. The three prototypes built were scrapped a few years later.