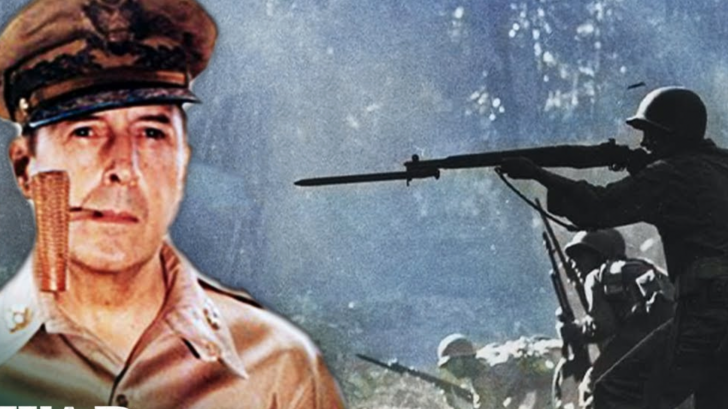 Using photo-reconnaissance planes was vital to the Allied operations in the islands. These warbirds photographed the islands to make it easier for US intelligence to plan their next attack. Back in the base, skilled photo interpreters would continuously examine the evidence. Aside from pointing out enemy camp installations, they could also potentially pinpoint camouflaged positions.

The Allies didn’t just use planes for taking photographs either. After the photo-reconnaissance missions, it wouldn’t take long for the Allies to use their bombers to target enemy positions. A short mission briefing later, the pilots would put the finishing touches by letting go of their payload over their targets.

Thinning out the Japanese forces in Rabaul was the top priority in the Pacific at that time. Though Rabaul was reachable by bombers, the Allies knew they needed the presence of light bombers and escort fighters to completely take over the island. Thus, Operation Cartwheel was finalized, aiming to take over Cape Torokina to be used as their airbase.

Apparently, Japanese prisoners were more than willing to give up confidential information when captured. This information included current platoon positions and future movements of their units. In addition, the Allies found countless documents left over by the Japanese in their retreats.

During the battle which lasted a week, an entire Japanese infantry regiment was wiped out. 1,696 Japanese soldiers were killed by one battalion alone. Meanwhile, that battalion only suffered 27 casualties.

On January 31, 1944, US infantry divisions set out to invade Kwajalein. A day later, Allied naval ships and ground artillery bombarded the atoll, using 36,000 shells in the process. There used to be 8,782 Japanese personnel inhabiting the island, but after the barrage, 7,870 were reported to be killed.

7. Buried Thousands of Miles Away

Those who died in battle were posthumously identified by the Graves Registration section of their divisions. On every island they took over, a burial service would take place after the battle. Hundreds of US soldiers were buried in freshly-dug graveyards, thousands of miles away from their homes.

The “Seabees,” as some would call them, were composed of flexible and highly adaptable men tasked to make something out of seemingly nothing. These men created defensive forts and airstrips in an unbelievably short amount of time under any conditions.

Invading enemy-occupied territory is never an easy task, especially if it’s already fortified and full of bunkers. In much of their campaigns, the US forces have encountered islands littered with spider holes and bunkers. If needed, the Liberators would be used to clear out these hiding spots.

Like many other Japanese-controlled territories, Truk was left to fend for itself during the massive US invasion. In a span of one month, the US Air Force dropped 1,813 tons of bombs on Truk. The seemingly indestructible stronghold was suddenly reduced to ashes.