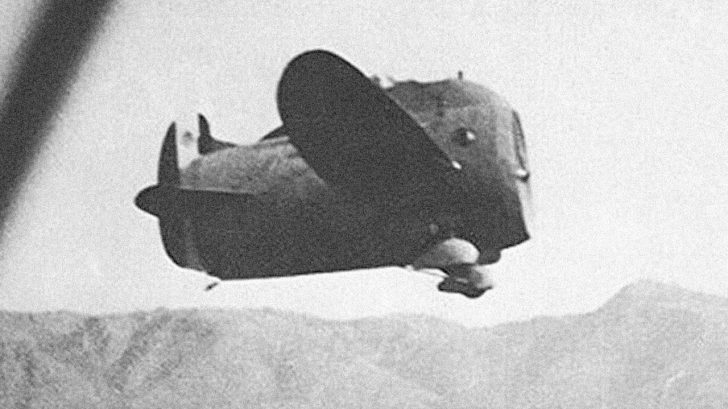 Luigi Stipa invented what he called the “intubed propeller.” The idea was to mount the engine and propeller inside a fuselage that formed a venturi tube. Due to its design, it would compress the propeller’s airflow and engine’s exhaust before exiting the duct at the trailing edge of the plane, making the propellers more efficient.

The Stipa-Caproni had quite a comical appearance – it was short, fat, and tubular in shape. The front and back of the fuselage were open, meaning air was compressed and pushed in by the propeller. Its cockpit was basically a hump on top of the fuselage, hampering the tandem seat’s view.

Stipa-Capronis were powered with a 120 hp de Havilland Gypsy III. According to its test flight results, the plane was quieter, had a faster rate of climb, and was very stable in flight. More often than not, it was TOO stable that the pilots found it hard to maneuver the plane.

Test results collected from its flights helped develop the Caproni Campini N.1, a motor-jet-powered aircraft. The N.1 was one of the first few planes to feature an afterburner. In addition, France and Germany also planned to use similar designs based on the Stipa-Caproni, such as the Heinkel “T.”

The Kort nozzle system used today utilized Stipa’s core principles. Moreover, some historians think that the modern turbofan engine was, at the very least, inspired by the intubed propeller of the Stipa-Caproni.