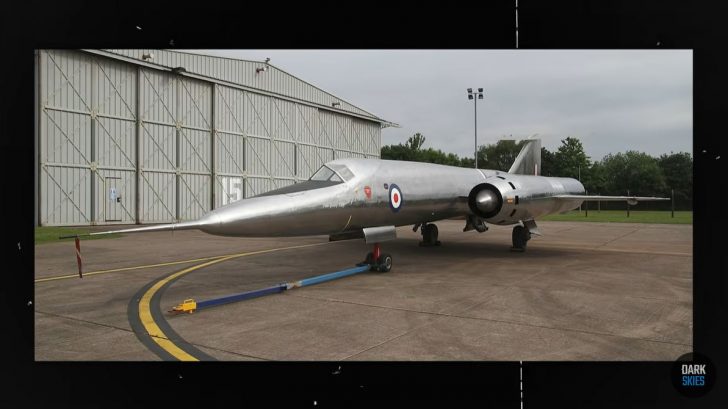 The Bristol 188 was a twin-engine aircraft that was built in the 1960s by Britain. It earned the nickname, “Flaming Pencil.” However, during its development, it faced a lot of challenges.

Here are the ten facts about the Bristol 188 Flaming Pencil that you need to know and why it became an expensive failure:

1. It was a supersonic research aircraft built by the Bristol Aeroplane Company

The UK, at this point, was keen on knowing the impact of traveling faster than the speed of sound, especially when it comes to the aircraft’s structure. Archibald Russel was directed by the Bristol 188 program and was launched in 1954.

2. The aircraft was dubbed the Flaming Pencil

This is mostly due to the plane’s sleek shape, and the temperatures that it could reach. It had a wing area of 400 square feet and was almost 14 feet tall.

3. The Bristol 188 was a unique-looking aircraft

Designers went with an all-stainless-steel airframe. This material wasn’t used previously to create a complete aircraft in the UK.

4. Despite its initial promise, it encountered a series of issues

The fuel consumption was high, resulting in only two minutes of high-speed flight. In fact, it was too high that it couldn’t run at the speed of Mach 2 long enough.

Additionally, the plane suffered from fuel leaks and limited endurance of 25 minutes.

5. The entire flying pencil project has an estimated cost of 20 million British pounds

It was a staggering price tag, especially since it failed to meet its requirements. Despite efforts to continue modifying the aircraft, support had considerably slowed down. The program has been Britain’s most expensive research aircraft.

6. The fastest speed achieved by the aircraft was Mach 1.88

It noticeably coincided with the name of the plane, which was Type 188.

7. The plane’ longest subsonic flight only lasted for 48 minutes

The Flaming Pencil made its public debt on September 1962, flying for four days at the SBAC airshow. Although the plane flew at considerable speeds, it was still practically useless because it could only maintain supersonic flights for a limited time.

8. Part of the intention of the program for the Type 188 was to get data to help with the development of another aircraft, the Avro 730

The data gathered from the 188 was transmitted directing to a ground station where it was evaluated and then shared with Avro. Techniques would be then adopted considering the high speed and altitudes they’ve sought for their own plane.

9. There were multiple proposals to keep modifying the Bristol 188 to create a more successful model

Some of the recommendations included exchanging engines for ramjet-rocket engines or adapting them for fighter or reconnaissance variants.

Another recommendation suggested to include wedge-type intakes. Unfortunately, none of these plans ever materialized.

10. Overall, the plane had underperformed, and disappointed

The project was eventually scrapped in 1964. It was the same year that it conducted its last flight. Although the aircraft had failed to reach its objectives, it did, however, provide a better understanding of higher supersonic speeds.