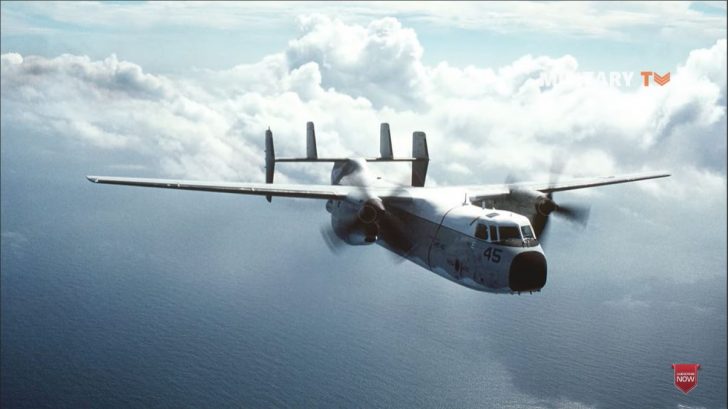 The C-2 Greyhound is a twin-engine high-wing cargo aircraft designed to carry supplies and passengers to and from aircraft carriers of the US Navy.

Here are the 10 facts about the US Navy’s humble, heavy-duty workhorse:

1. Its main mission is Carrier Onboard Delivery

It offers important logistic support to carrier strike groups and is primarily used to transport high-priority cargo between carriers and shore bases.

2. The development of the aircraft is a derivative of the E-2 Hawkeye

It has the same wings and power plants. However, it has a bigger fuselage with a rear loading ramp.

This allows the plane to transport cargo between ship and shore only in a matter of hours.

Given its ground power self-sufficiency even in remote areas, it gives operational versatility like no other cargo aircraft.

4. The interior arrangement of the cabin could accommodate priority cargo such as jet engines, passengers, litter patients, and key spare parts

It also features a cargo cage system that offers restraint for loads during ship launches and landings. Furthermore, the C-2A’s open ramp flight capability allows airdropping of supplies and personnel from a carrier-launched aircraft.

5. It features an on-board auxiliary unit

6. The aircraft has several operational histories

Between 1985-1987, the seven reprocured C-2As showed the aircraft’s readiness. The squadron managed to deliver 2,000,000 pounds of cargo and mails, and 12,000 passengers to the European and Mediterranean theaters.

On April 1965, the aircraft was on a test flight when it crashed, killing all crew members. In 1969, the C-2A carrying six crew members and 21 passengers crashed in the Gulf of Tonkin. All of the people on board were reported missing, as their bodies were never found.

This is after the 36 C-2A Rs underwent the key Service Life Extension Program or SLEP. The SLEP program will extend the aircraft’s projected life to 15,000 hours or 36,000 landings.

10. Northrop Grumman worked on an upgraded version of the C-2 version

It also offered to modernize the fleet with components that are relatively common with the E-2D Hawkeye.