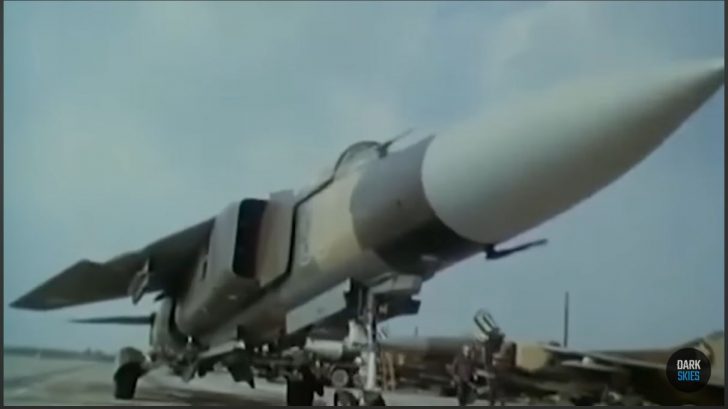 The MiG-23 was Soviet Union’s response to American and European third-generation fighters. However, it was plagued with a poor safety record, and unfortunate flying reputation, making it one of Russia’s worst fighters in history.

Mikoyan-Gurevich MiG-23 fighter with NATO code name flogger was initially intended as a response to the US Air Force’s McDonnell Douglas F-4 Phantom II and the Republic F-105 Thunder Chief.

More Than Meets the Eye

One of the most noteworthy upgrades of the MiG-23 was a powerful radar in the nose in a conical assembly. It also carries a selection of guided weapons which are complemented by an infrared search and track system.

The most significant feature of the MiG-23 was its variable sweep wing. In fact, the Flogger’s wings can be changed in flight with three settings- 16, 45, and 72 degrees.

When fully spread, the plane had shorter takeoff and landing roles while carrying a heavier weapons load. Meanwhile, when the wings are swept back, it could achieve Mach 2.4 speeds.

When compared to Swing Wing F-111, the MiG-23 was slower, and only 40 percent of the fuel capacity. It was also prone to instability issues at a high angle of attack.

Furthermore, test pilots also complained of yaw instability while at higher speeds and landing issues during poor weather conditions. The aircraft also suffered a series of technical failures- an engine that tend to overheat, a flawed tank system, etc.

Not a Worthy Successor to the MiG-21

The feedback on the plane was mostly negative, especially if it went up against American designs.

Also, its record of failure was so thorough and consistent that it went down in history with the dubious distinction of facing retirement earlier than the MiG-21 fighter that it was originally intended to replace.