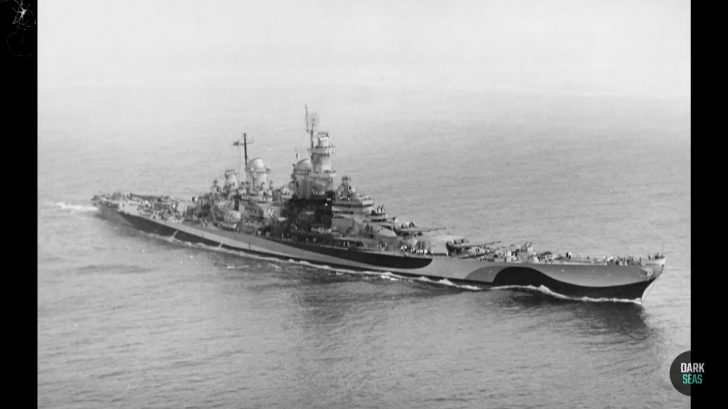 The USS Missouri was an Iowa-class battleship built for the US Navy and is one of the most historic battleships in the world.

Here are five interesting facts about this legendary vessel:

1. The USS Missouri was the 4th Iowa class battleship built by the US Navy and was the last of its kind

The fifth and sixth battleship of her class, USS Illinois and USS Kentucky were laid down in 1942 but was never commissioned, and later dismantled. Thus, making Missouri the last battleship of its kind.

2. It played a key role in WWII

Although Missouri was tasked with an escorting role, she was able to provide formidable anti-aircraft support by shooting down several Japanese warplanes in Iwo Jima.

She then moved the Japanese inlands, covering for the retreat of the aircraft carrier Franklin that was severely damaged, allowing her to reach a safe area.

3. A kamikaze plane also dove into her, but the crew couldn’t destroy the attacker

The kamikaze struck the side of the vessel below the main deck. As the aircraft hit the hull, it spread gasoline, creating a relentless fire. But the crew managed to put the fire out before it can cause any further damage.

4. The ship hosted the surrender ceremony, witnessing Japan’s historic surrender to the US

This would later become one of the most significant events in modern history.

5. After the war, the ship became an essential naval asset, tasked to travel around the world in shows of force and diplomatic missions

However, by the late 1940s, since the Iowa battleships became so expensive to maintain and became obsolete in a world dominated by carriers, they were among the first vessels to be decommissioned.

However, President Harry S. Truman refused Missouri to suffer that same fate and instructed them to leave her as is, as she was a ship with great historic significance. In 1998, Missouri became a museum ship at Pearl Harbor, Hawaii.