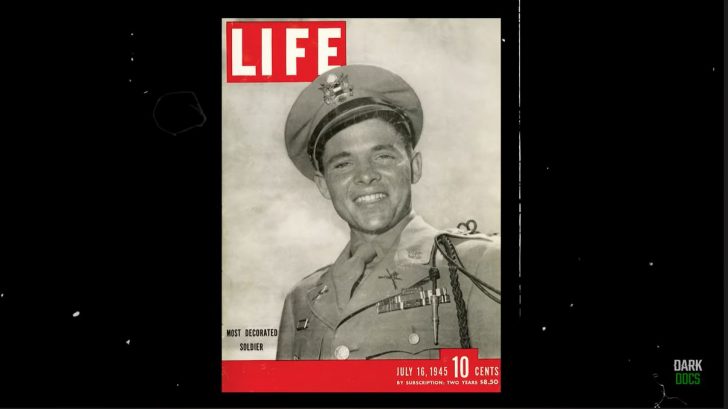 Audie Murphy’s dream was to join to Marines- but he was rejected to a too short. Little did he knew that he would later go on to receive the prestigious Medal of Honor for his bravery in WWII.

After the attack in Pearl Harbor, the young Murphy attempted to list in the Army, Navy and even the Marines. However, he was rejected either because he was underage or too short.

His elder sister helped him by falsifying a document with a different birth date, and he eventually admitted to the Army in 1942.

Murphy led a platoon on a passing German tank, and crawled on his own, destroying the tank with rifle grenades. He was awarded with the Bronze Star with a V device for this. After making scouting patrols to take Germans for several months, 61 individuals were awarded the Combat Infantryman badge, including Murphy.

At this point, Murphy was one of the most decorated men in WWII. He rejoined his platoon soon after, where they ended up driving the Germans out of Holtzwhir that day. The young lieutenant was also awarded the Medal of Honor for his actions on the front.

When Murphy returned to the United States, he received a hero’s welcome. He was received with parades, banquet, and given dozens of speeches.

Actor James Cagney convinced him a pursue an acting career, and he entered in Hollywood with only good looks and no acting experience. However, he ended up making over 40 films.

He published a memoir, “To Hell and Back,” with positive reviews. There was also a 1955 movie adaptation in which he starred as himself. After 21 years, he retired from acting, and was awarded a star on the Hollywood Walk of Fame.

Unfortunately, as fate would have it, shortly after his 46th birthday, Murphy died in a fatal plane crash flying a private over Virginia.