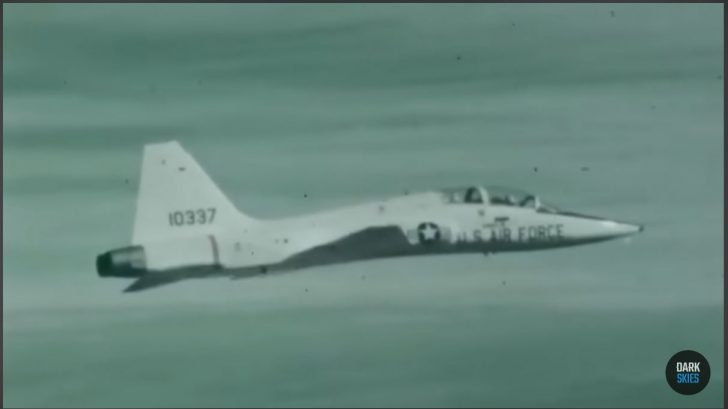 Northrop’s T-38 Talon was a twin-engine, high-altitude supersonic jet trainer. The aircraft is also one of the few supersonic trainers that the US Army mass-produced. It was also the first-ever official jet trainer aircraft in the world.

Here are the ten interesting facts about the T-38 Talon:

1. It was the world’s first supersonic trainer aircraft

It’s a highly versatile modern aircraft known for its performance, ease of maintenance, and good safety record. The T-38 could fly at Mach 1.3 or 858 miles per hour. In addition, it had an excellent service ceiling of 55,000 feet.

According to the Air and Space Museum, the T-38 Talon can take off with as little as 2,300 feet of runway. It could also climb to almost 30,000 feet in less than a minute with an approximate range of 1140 miles.

It also had a maximum takeoff weight of 12,093 pounds.

3. The T-38 had swept back wings, streamlined fuselage and a coke bottle shape derived from the area rule developed by Richard Whitcomb

Its cockpit was airconditioned and pressurized. It used tandem seats for the instructor and the student, and each was equipped with rocket-powered ejection seats. Both locations have excellent all-around visibility.

4. Another significant feature of the plane was the traditional tricycle landing gear with a steerable nosewheel

The plane carried no weapons. However, some variants included provisions for practice bomb dispensers. Some could carry rocket bombs and even a gun pod.

5. The aircraft got several world records, and renowned pilots flew it in the 1960s

6. Over 70,000 pilots from different countries earned their wings thanks to this reliable trainer aircraft

The Talon is currently employed by the US Air Force, German Air Force, Turkey, Portugal, South Korea, and other allied nations.

7. T-38s were used for the accelerated co-pilot enrichment program

It is used as proficiency aircraft for B-52 bombers, SR-71 Blackbirds, U2 spy planes, Boeing KC-135s, and several others.

Moreover, NASA operates over 35 T-38 aircraft using them to train astronauts. Most are stored at Ellington Field in Houston, Texas.

The model was known as the T-38C and was fitted with new avionic systems and significant engine components.

Some upgrades included a glass cockpit and an integrated heads-up avionics display as part of the avionics upgrade program.

10. It’s going to be replaced soon

With these modifications, the US Air Force hopes to extend the plane’s operational service for at least another decade.