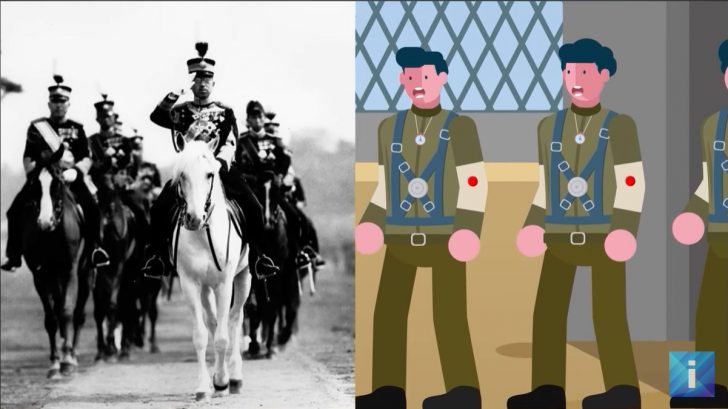 Turning the tide of war was far beyond Japan’s control, and growing desperate, air commanders proposed the idea of the kamikaze, The Divine Wind.

Thousands of Japanese pilots had volunteered to be a kamikaze, deliberately crashing their planes into enemy targets in the name of the emperor, and for their country.

Here are the ten things you need to know about the life of a kamikaze pilot:

1. Not all pilots were “volunteers”

It was said that many kamikaze pilots offered themselves voluntarily for the mission. However, most of them are left with little choice.

Prospective pilots are given a piece of paper with three options- willingly volunteer, simply volunteer, and refuse the invitation to serve the emperor.

Because these papers have names on them, the refusal would be public knowledge, and shame will soon follow, the potential recruits’ families disowning them if they refused.

2. Most pilots were new recruits

In fact, most of these pilots were anything but experienced. Out of the 4,000 kamikaze pilots, 30,000 were “boy pilots,” which came from a program that trained young boys to serve in the military.

Only 12% who died were actually considered professional fighters.

3. Kamikazes were conditioned to die for their emperor

Most countries expect their soldiers to fight for their country. However, during WWII, Japan stood out as one that expected its soldiers to die in the war.

In Japan, it was customary for the oldest son to take over the affairs of his family. So, back in 1944, when kamikaze pilots are being chosen, firstborn sons were allowed to carry on their normal lives to support their families and carry the family name.

5. The aircraft kamikazes trained on were older models that were stripped to the bones

The Japanese army couldn’t afford to allow their new recruits to practice with state-of-the-art aircraft. When they launch their mission to destroy enemy targets, they’ll also be using older models that were loaded with explosives. Some recruits died flying these older models.

6. Pilots wrote farewell letters to their loved ones

Writing farewell letters to their families would be a kamikaze pilot’s final act before performing their duty as suicide pilots. These letters are sent to their loved ones after the completion of the mission.

7. The kamikaze fleet was mostly made up of Mitsubishi Ki-51s

It also had a few bigger Yokosuka D4Y planes mixed in. Engineers made sure that the bombs were secured and that the extra explosives would detonate on impact.

8. Mechanical issues saved the lives of many pilots

Pilots were taught to divert and return to base if they encounter any engine or mechanical issues. Many pilots had to abort the mission because of these issues, which ultimately saved their lives.

The pilots later on reflected on the messed up nature of the said program and realized how there were manipulated by the emperor and military leaders.

9. Pilots would have a ceremonial drink before taking off

Kamikaze pilots would have one last drink before boarding their planes. They’re either given sake or water.

The pilots either slammed their planed into allied targets or shot out of the sky. It was estimated that kamikaze planes sunk at least 47 Allied vessels, damaging 300 others.

As a result of these kamikaze attacks, over 7,000 Allied soldiers were killed.