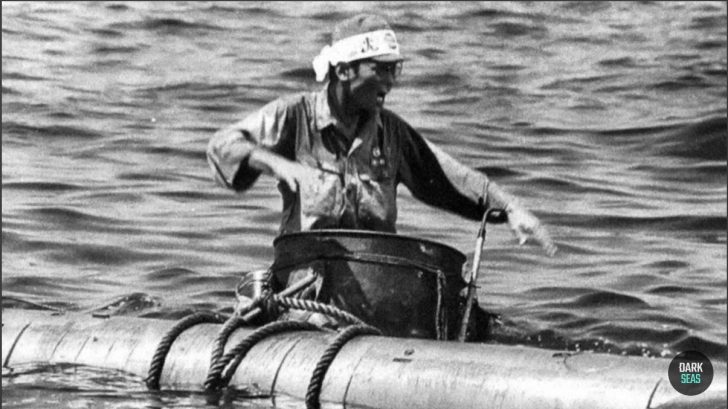 The Kaiten were crewed torpedoes and suicide crafts used by the Japanese against the allied forces in the final stages of WWII.

Despite their desperation to hold the Allied back, everything seemed futile by 1944.

This produced kamikaze pilots, suicide boats, and even manned suicide torpedoes. Japan thought it if it could destroy enough US ships, it could buy time to rebuild its once mighty Navy.

The Japanese Navy wanted to take the kamikaze concept into a different set of applications. Japan’s most potent weapon against the US Navy was its pure oxygen torpedoes.

Engineers began considering the concept of a manned torpedo that’s steered from within its hull, guaranteeing a hit on an enemy ship’s most vulnerable section. If it worked, the weapon would be more accurate and effective at longer distances.

Research on the suicide torpedo’s technology started in February 1944, with Japanese engineers producing a working prototype only four months later.

Development of the Kaiten was rushed, with little attention to safety protocols.

In total, the Kaiten attacks led to the loss of many Allied men, but Kaiten’s risky nature meant that the Japanese lost more lives deploying them than the enemies they could eliminate.

Overall, the Kaiten was an ineffective and dangerous craft. It couldn’t give Japan positive results, or turn the tides of the war.