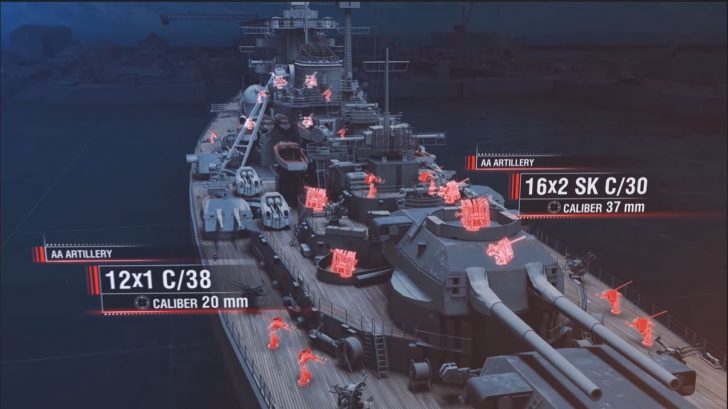 Will the Bismarck Battleship, the largest battleship ever built by Nazi Germany and commissioned in the 1940s, stand a chance with a modern destroyer?

Can a 1940s Battleship Stand a Chance?

On the surface, it isn’t as half bad for Bismarck, as today’s battleships are like tin cans. They have no armor as compared to Bismarck’s up to 320 millimeters of armor. It can also be easily penetrated by monstrous guns found in the massive battleship.

Furthermore, the majority of weapon systems that modern destroyers use are not designed to penetrate fake heavy armor. They also use high explosive fragmentation warheads instead of armor penetration warheads. Thus, a Bismarck battleship can easily destroy a modern destroyer with ease.

However, it’s a lot more complicated than that. There are several reasons why battleships became obsolete in the 1990s. They were enormously high-maintenance vessels, cost a lot to operate, with a crew of thousands that’s too big.

The primary reason why battleships became obsolete was because of their weapons systems. The Bismarck, for instance, is made of eight 38-cm guns with 80 kg projectile at a speed of over a hundred meters per second up to a maximum distance of 22 miles.

However, the problem with these battleships is the range of these powerful guns. A range of just over 20 miles is nothing in comparison with today’s weapon systems of modern destroyers.

Take, for instance, the modern destroyer USS Arleigh Burke-class. Its primary anti-ship weaponry is made up of the Harpoon anti-ship missile with a range of to a hundred miles- five times what the Bismarck would have.

It’s also equipped with a radar-detecting ships up to 100 miles away. In comparison, the Bismarck can only detect a maximum range of 13.5 miles.

So, in today’s world, will a Bismarck battleship stand a chance against a modern destroyer? Well, the Bismarck will be detected by radar long before it ever gets into range of using its powerful guns.

On the whole, battleships of the past would be incredibly resilient to sinking by modern anti-ship missile systems. However, it would be very easy to cripple with a few well-aimed missiles.