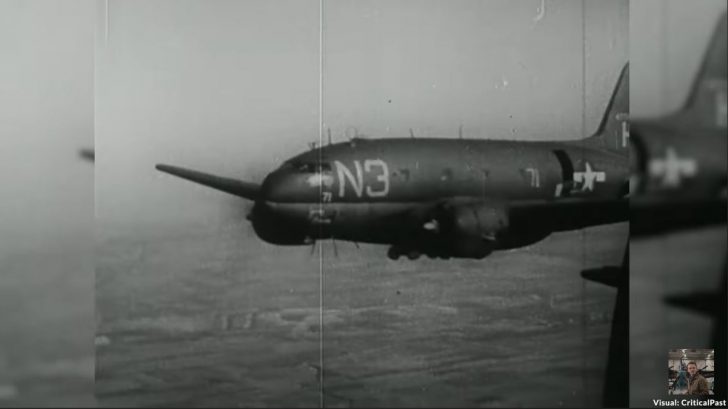 The C-46 Commando first made its combat debut at Operation Varsity, the largest operation in WWII. Consequently, it will also be the last time this plane flew combat missions.

Commando came out of Operation Varsity as being a death trap. But is this plane really as bad as its reputation suggests?

During Operation Varsity, when the aircraft came under fire under German AA guns, the aircraft, one after another, started to erupt in fire. The fuselage engulfed in flames, killing many of its crew.

There are speculations on what the cause was. During the after-action analysis, the plane’s lack of self-sealing fuel tanks was singled out, and its wing construction let fuel pool alongside the wing route, forcing the fire into the cabin as it erupted. The Commando’s hydraulics was also an issue.

Benefits from an Operation Standpoint

Do you know that from an operation standpoint, Operation Varsity benefitted from the Commando immensely? It did, up to the point where bullets started flying and calamity hit the C-46.

As disastrous as the Commandos may seem, it was actually because of this plane that so many paratroopers could take part in the operation. Sixteen thousand men had to be ferried to the Drop Zones.

When the Commando came along, it seemed to bypass the C-47 Skytrain in every conceivable way as a transport aircraft. The C-46 could carry up to 40 men, while the Skytrains could only carry around 24-25 men.

Why the Commando Became Crucial for Operation Varsity

Commandos freed up more Skytrains. If you make a rough estimate, 72 Commandos freed up to 108 Skytrains, thus providing 216 gliders. While the plane’s main vulnerability is being set on fire, it’s a pretty tough plane in other aspects.

In many ways, it made an excellent transport aircraft but was placed at a terrible disadvantage in the first operation, where it was used in extreme combat conditions.