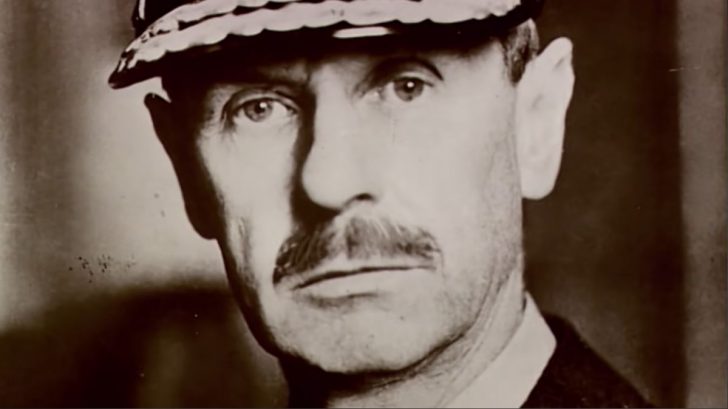 Sir Hugh Dowding was the commander-in-chief of the RAF Fighter Command, and his leadership became a turning point during the Battle of Britain.

Going Against the Tide

In the Spring of 1940, Europe was collapsing under Nazi Germany. Air Chief Marshal Hugh Dowding was the commander-in-chief of Fighter Command for the Royal Air Force.

He told the Prime Minister, “If the present rate of wastage continues for another fortnight, we shall not have another Hurricane left in France or Britain.” It did the trick.

At the start of the Battle of Britain, the Luftwaffe had over 2,500 aircraft in its fighting fleet. On the other hand, Fighter Command had barely 550 in flying condition. Dowding knew that his pilots lacked air combat experience.

Meanwhile, the Germans were highly confident, having gained experience during the Spanish Civil War in 1936. By the beginning of WWII, the Luftwaffe had already perfected tactics and formations. If Fighter Command lost in the skies, the German invasion would be unstoppable.

A Lot at Stake

Dowding knew he had to win. Fortunately, there was much in his favor. Since he rose to the top of the ranks, we have worked to establish a strong communication structure. He also divided the country into four separate groups.

Each group has its own Operations Center directly communicating with HQ Fighter Command at Bentley Priory on the outskirts of London. From here, Dowding would oversee Britain’s defense. However, good communication alone would never have defeated the Nazis.

Dowding had a secret weapon- he had pioneered the development of a long-range early warning system, the radio direction-finding, and would become known as radar. During the outbreak of war, the system was up and running.

It would pick up bombers in ninety miles range before they ever started crossing the channel. It would give the controller time to get their aircraft airborne. The controller assessed which squadron would intercept that particular formation and how many aircraft would be needed to deal with the situation.

However, the Germans soon identified Dowding’s secret weapon and found a way to penetrate the defenses and attack. Dowding knew he needed to step up with the Germans gaining the upper hand.

Dowding was instrumental in the production of the now iconic Spitfire. The Spitfire was a real match to the Messerschmitt 109- giving pilots a much-needed advantage since it excelled under extreme conditions. He also ordered bulletproof windscreens to safeguard the lives of his pilots.

Furthermore, he also introduced a system that would counter the lack of experience in his trainees by sending battle-hardened pilots away from the fighting to pass on their knowledge to less experienced pilots.

Unfortunately, Dowding came into conflict with proponents of the Big Wing tactic, along with the inadequacies of the nighttime defense during the Blitz, leading to his downfall. Against his wishes, on November 1940, he was replaced by Sholto Douglas, another staunch Big Wing advocate.

Having won the battle, Dowding was removed with very little credit. He eventually retired to a quiet life in the country without receiving official recognition, but many under his leadership knew where the credit lay.

Although he never received fame during his lifetime, a statue to his memory was finally placed outside St. Clement Danes, the RAF Church in London, as one of the saviors of Britain.