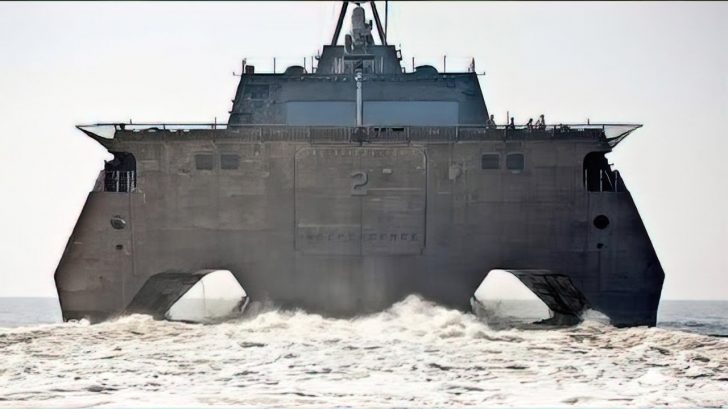 The US has decommissioned three Littoral Combat Ships, all of them being relatively new to the scene. Here are five reasons why:

A decade ago, the US Navy originally projected the ship’s cost to be around $220 million. However, by June 2009, the development and construction of USS Independence were 220% over budget, making its total projected cost to be $704 million.

When USS Independence completed its INSURV inspection back in December 2009, they found 2,080 discrepancies. This included 39 high-priority deficiencies which they thought could be resolved before it was commissioned. Unfortunately, the ship was deemed incomplete so another round of acceptance trials was scheduled for 2011.

In 2013, the US Defense Department issued a report stating that USS Freedom (LCS-1) was “not expected to be survivable” in combat. The helicopters on board cannot tow its mine-hunting sensors while the ship’s Mk44 Bushmaster IIs were found to be unreliable. Even its 57mm Mk 110 gun caused vibrations at high speeds, affecting its accuracy. Meanwhile, its integrated weapons systems and search radar offered poor performance, affecting the ship’s tracking and engagement.

According to the Chief of Naval Operations, the primary reason why the LCS ships are going to be retired is because of a faulty anti-submarine warfare system. The main battery’s sensors were later replaced with CAPTAS-4 variable depth sonars in newer models.

The original plan was to have the LCS have modular packages that would allow for rapid reconfiguration. This meant that the LCS would be multi-mission capable without having to carry different weapons and systems all at once. However, it was revealed in 2010 that the changes would take weeks due to logistics reasons.