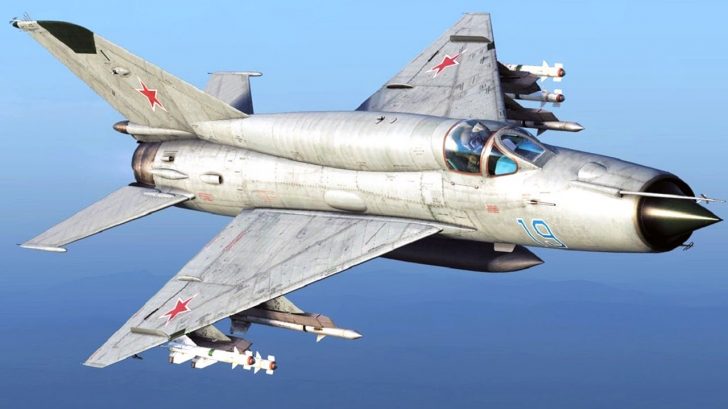 The Soviets aimed to close the gap between Western fighters by introducing the MiG-21. The aircraft could achieve Mach 2 speeds and had unique triangular delta wings. Its simple yet effective, and cheap design allowed it to become the most-produced supersonic jet aircraft in history.

In total, the MiG-21 could carry up to 4,500lbs of ordnance in a single mission. It was also faster and more maneuverable than most aircraft at the time. The MiG-21 scored its first combat kill in Vietnam on July 7, 1966, when it shot down an American F-105 Thunderchief with an S-5M rocket.

MiG-21s attacked American planes from several directions, forcing the opposing aircraft to prematurely drop their bombs and fly back home. After scoring a kill, the MiGs would quickly disengage, leaving no room for retaliation. This tactic proved to be effective, leading to 47 USAF losses to only 12 for North Vietnamese fighters earlier on.

The plan was to draw MiG-21s into an engagement with F-4 Phantoms, while the North Vietnamese expected to find F-105 Thunderchiefs. To do this, the Phantoms were fitted with QRC-160 jamming pods specific to F-105s so their electronic signature would be the same.

Led by Colonel Robin Olds, the operation was a complete success. Seven F-4 Phantoms scored victories over the unsuspecting MiG-21s, shooting down at least five of them. Another such operation was carried out a few days later, adding two more victories. The operations’ successes forced North Vietnam to ground their MiGs for four months to formulate new tactics.