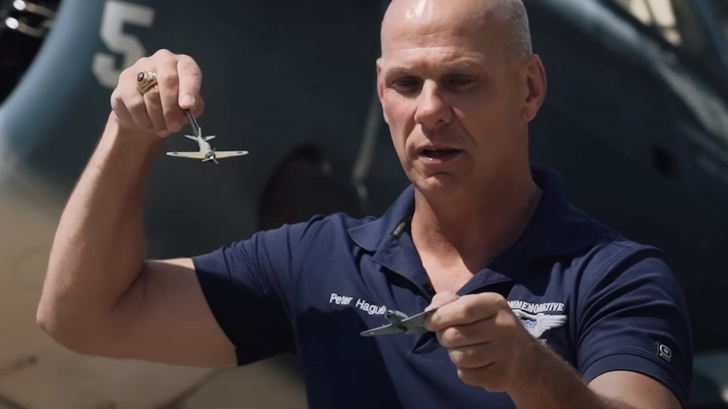 Initially, the SBD’s flaps would cause its tail to shake violently during an attacking dive, highly affecting the bomber’s accuracy. After some time, they finally realized that putting 3in-diameter holes in its flaps would slow the Dauntless down without causing too much drag.

Nobody can blame anyone for thinking the Dauntless’ wings can be folded. After all, it’s basically the standard for Navy aircraft. The change was done because the folding mechanism would add too much weight, so they decided to remove it and prioritize carrying the maximum bomb load.

Clarence Dickinson managed to destroy a Japanese submarine just three days after the bombing of Pearl Harbor. The submarine was previously bombed by another aircraft that same day, which hindered its ability to fully submerge underwater. Dickinson’s payload landed a few feet from the sub before it exploded.

4. A Squadron Underperformed During The Battle Of Midway

The Marine Scout Bomber Squadron 241 lost 23 of its 30 aircraft in the battle. They were about to attack Japanese carriers when a swarm of Zeros and Nakajima B5Ns countered their advances. 22 US Marine pilots were killed in action, while 14 more were wounded.

5. Saw Action In Europe and Africa

Though it saw most of its success in the Pacific theater, people often overlook the SBD’s stay over Europe and Africa. During Operation Torch, the dive bombers offered support from carriers by striking targets like enemy encampments around the coast. A year later, these SBDs would go on to bomb German ships surrounding Norway.