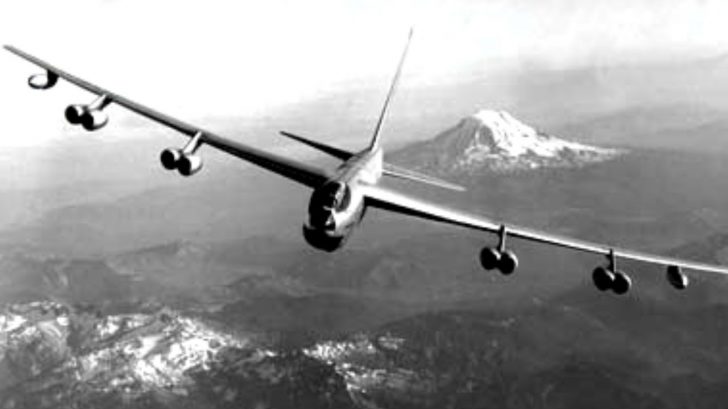 There have been many fantastic aircraft throughout aviation history that never got a chance to prove themselves in combat. Such is the case with Boeing’s YB-60 strategic bomber – a planned successor of their B-36 Peacemaker. Here are ten things you should know about the aircraft that competed with the iconic B-52 Stratofortress.

The YB-60 was a swept-winged, pointy-nosed, jet-powered variant of the B-36 Peacemaker. Convair converted two B-36Fs to B-36Gs, but the aircraft’s many differences from the original led to a change in designation. However, both aircraft did share the same 72% of their parts.

2. Competed with the B-52 Stratofortress

Convair first had the advantage over Boeing. YB-60s were cheaper to build and develop since they came from modifying an existing design. Meanwhile, Boeing had to start the development of the Stratofortress from scratch. Nevertheless, Boeing’s YB-52 was faster and somehow flew its maiden flight three days earlier than Convair’s YB-60.

3. Only had one completely built

There was only one YB-60-1-CF prototype ever fully completed. The aircraft had its maiden flight on April 18, 1952, and was piloted by Beryl Erickson and Arthur Witchell. It was then subsequently sent to Edwards Air Force Base Flight Test Center to be used in test flights.

4. The second prototype was almost done

The YB-60’s second prototype was already 95% assembled and only missing the engines when the program was canceled in January 1953. Instead of pursuing the YB-60, the US Air Force turned its attention to the more-promising YB-52 by Boeing. Sadly, the two prototypes were scrapped entirely by 1954.

5. It was outclassed by the Stratofortress

Convair’s first prototype was nearly 100mph slower than the YB-52. Though the former carried more bomb load (72,000lbs vs. 43,000lbs), it was not enough to justify the aircraft’s slow speed and significant handling problems. The flight test programs were canceled with just 66 flying hours for the prototype.

If the YB-60 had pushed through, the strategic bomber would have had a crew of nine people. The team would have included two pilots, a navigator, a communications man/bombardier, and another doubling as the tail gunner. Its gunner had access to two 20mm automatic cannons to protect against interceptors, similar to the B-36.

7. It was designed with nuclear bombs in mind

Unlike the B-36, the YB-60 entered its design phase with the knowledge of nuclear weaponry. When the B-36 was developed between 1941 and 1946, these weapons were still considered “top secret.” Regardless, both aircraft would ultimately be capable of dropping nuclear bombs totaling 72,000lbs.

Its eight Pratt & Whitney J57-P-3 turbojet engines were arranged in four pods, two under each wing. Both the YB-60 and the XB-52 were powered by this experimental engine capable of outputting 8,700lbs of thrust.

In total, the research and development costs of the YB-60 were only $14.3 million. While in comparison, the XB/YB-52 cost roughly $86 million more.