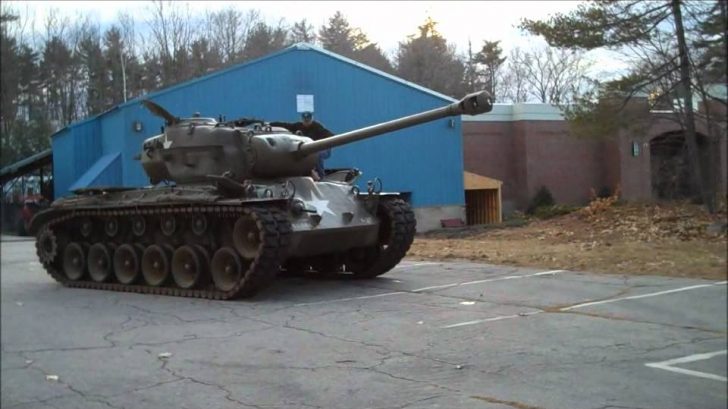 Old Tank’s Still Got It

The last remaining Pershing Tank that crossed the Ludendorff Bridge at Remagen resides in Wolfeboro, New Hampshire, at the Wright Museum. In the video, we see this old tank get called into action once more to save a disabled Sherman tank. For a tank that’s decades old, it got the job done quickly and easily.

Pershings were intended to replace the Shermans in WWII. However, the delays during production resulted in the tanks getting introduced later in the war and ending with it only seeing a limited amount of combat.

Nevertheless, the Pershing was an upgrade from the Sherman in terms of firepower, protection, and mobility – albeit with an unreliable transmission. After the war, some Pershings were fitted with better engines, more reliable transmissions, and 90mm guns, which would later be known as the M46 Patton.