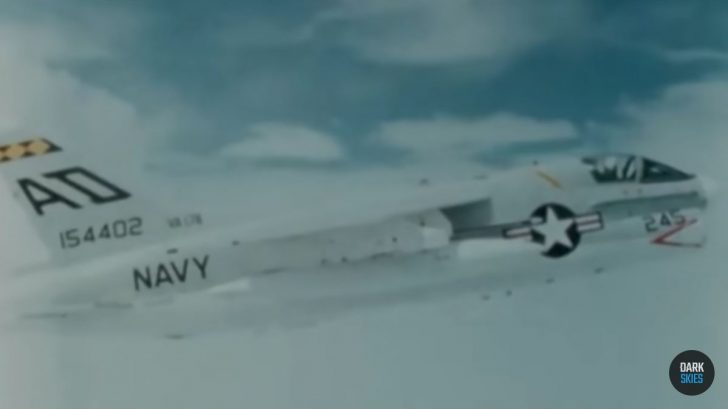 The A-7 Corsair is an American carrier-capable subsonic light attack plane known for its iconic oversized air intake and unique airframe.

Despite earning the infamous nickname, ‘short little ugly f***’ from Navy crews, it actually had an impressive performance.

From the earliest test, the Corsair II exceeded all expectations with 8,800 miles of range, it had four times the operational range of the Skyhawk.

It also had a much larger capacity for payload that exceeded 20,000 pounds. It was also slightly faster than its predecessor.

Original versions were powered by a single Pratt and Whitney TF-30p6 turbofan.

Eventually, the Corsair II was eventually powered by the Pratt Whitney TF-2, Allison TF-41a2 engines, and the licensed model of the Rolls-Royce Spey engine.

Surpassing Most Aircraft of Its Time

The Corsair had a great avionics system, surpassing most aircraft of its time.

Moreover, it was the first US aircraft with a modern heads-up display that showed vital information like a dive angle, airspeed, altitude, drift, and targeting reticle.

A total of 1500 warplanes were built and the Corsair II became the backbone of aerial carrier launched operations during the Vietnam War, with up to 854 models participating in over 97000 sorties. Only 54 Corsair IIs were lost throughout its combat service.

The Corsair II is an excellent example that sometimes the best, not the fastest or the most expensive, but the one you could build in large numbers while keeping the pilots safe.