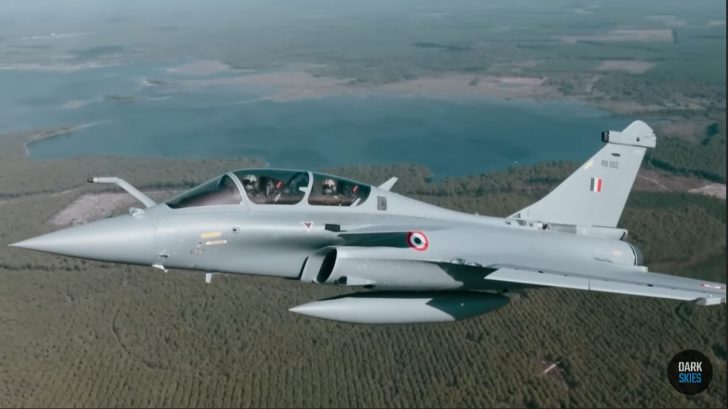 The Dassault Rafale is the pride and joy of the French Air Force and Navy. This twin-engine, canard delta wing, multirole aircraft fighter is capable of carrying out a wide range of short- and long-range missions.

Even in an era of 5th generation fighters, this nimble, and extremely powerful, yet older aircraft couldn’t be ignored.

One of the most controversial incidents in the international air industry happened during mock combat in November 2009 when a squad of Lockheed Martin F-22 Raptors flew to Al Dhafra in the United Arab Emirates.

At some point, a stealth fighter was allegedly shot down by a Dassault Rafale. To achieve this, the French fighter pushed his aircraft to the limit, reaching 9Gs and almost passing out due to extreme gravity forces.

It took time for the United States to acknowledge this incident, especially when the French Air Force is deemed much inferior. However, the fact that the Dassault Rafale defeated an F-22 spoke volumes about the undeserved reputation it has gained within the non-French military.

Although the French were the first military aviation force in history, they lost more men in the trenches than any Allied nation during World War I. The service also stood no chance against the Germans when World War II erupted.

During the 1970s, the French recognized the need for a new, modern, multi-role fighter to replace its aging stock. Later on, the French eventually produced a remarkable aircraft. After a successful technology demonstrator that first flew in July 1986 as the first stage of an 8-year flight test program, the Dassault Rafale was born.

The Rafale, which means ‘gust of wind,’ or ‘burst of fire,’ in a more military sense, was first conceived as an Omni-role fighter. This wonder aircraft was built to carry a wide range of missions.

Powered by two SNECMA M88-2 turbofan engines, the aircraft can reach a maximum Mach 1.8 supercruise or supersonic speeds without afterburners.

It’s also highly maneuverable, its delta wing, paired with the canards, allows an airframe with exceptional agility and a capacity to reach up to 11Gs in case of emergency. It also features extensive armaments and one of the most heavily armed fighter jets in the world.

Because of budget cuts in the Cold War, the aircraft wouldn’t enter service until the 21st century. It first entered service in 2001, and up to this day, it’s still in production and more than 100 aircraft are currently in service.

Without a doubt, this aircraft has proven time and time again that it’s one of the best all-around fighters world. It has also been combat-tested in a couple of modern conflicts.