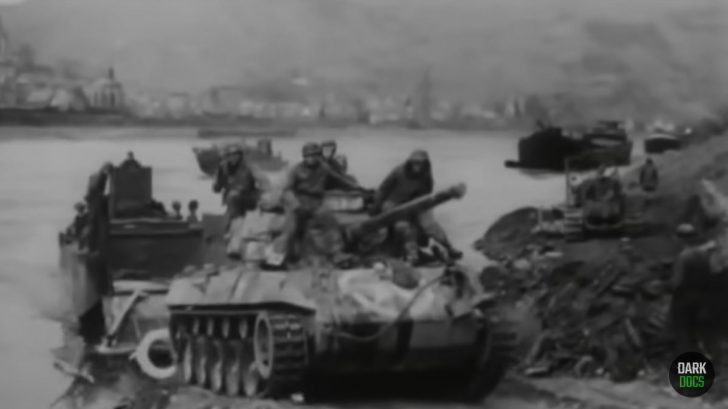 The M24 Chaffee is arguably the best light tank of World War II. This American light tank was also used post-WWII, and the Korean War.

Here are some interesting things that you should know about the greatest light tank of WWII:

Also known as the Panther Pup for its similarity to the German tank, and its inclusion of sloped armor, it is armed with a 75 mm cannon, a 0.50-caliber machine gun, and two 0.30-caliber Browning ones.

It had a top speed of 35 miles per hour, a range of 100 miles, and great off-road capability.

The Chaffee became the spearhead of armored formations when the Allies crossed the Rhine to defeat the Third Reich. The tank had enough space for a five-man crew.

The M4 was powered by two liquid-cooled Cadillac 44T24 eight-cylinder gasoline engines that generated 110 horsepower each.

Thus, it could reach a top speed of 35 miles per hour with a maximum range of 175 miles.

The first 50 M 24 Tanks were received by the US Army 2nd Calvary Group in France. From then on, M24s began slowly replacing M3s and M5s, which were so useless that there were being used as anti-tank gun bait for M4 Shermans.

By early 1945, the Army had begun training more crews with the M24, but given the innovation of the tanks’ sloped armor, many soldiers often confused it with the German Panther. This earned the American M24 its nickname, the ‘Panther Pup.’

The M24s were also the first tanks to spearhead crossings across the Rhine, see action in the Ardennes and Alsace regions, Rhineland, and Central Europe campaigns during the last months of the war.