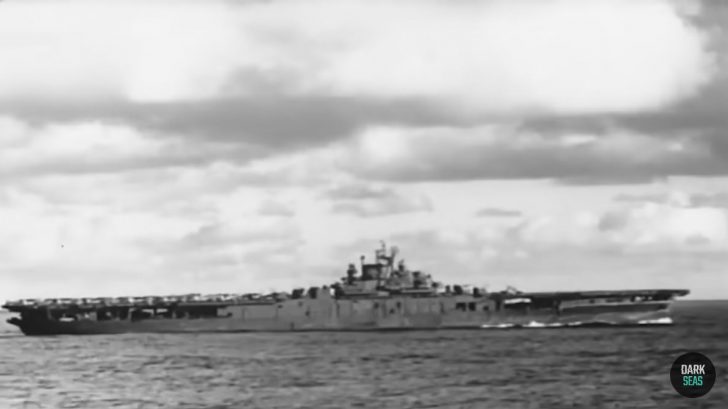 The USS Enterprise is one of the most decorated US ships in World War II. In fact, this aircraft carrier was forced to fight Japan on its own during the Battle of Guadalcanal.

On October 1942, the campaign in Guadalcanal was in a stalemate. While the United States has successfully invaded the region, Japan’s naval and ground presence remained alarmingly significant.

When the Japanese Imperial forces severely damaged the USS Enterprise carrier, leaving the US Navy with only one operational carrier in the region, they saw it as an opportunity to recapture Henderson Field.

When the USS Enterprise was repaired, she left once more for the South Pacific along with USS Hornet. Soon after, the ships underwent extensive attack.

Despite serious damage, the Enterprise took on board planes and crew members from Hornet after it was sunk.

After the loss of the Hornet, the Enterprise became the only functioning, although damaged US carrier in the Pacific.

Tactically, this battle had been a victory for Japan as their forces managed to destroy one of the two US carriers in the region and damage the other.

However, this event was a strategic defeat for the Japanese forces. It cost them half of their seaborn aircraft and 148 pilots, some of them the most skilled airmen in the Japanese military.