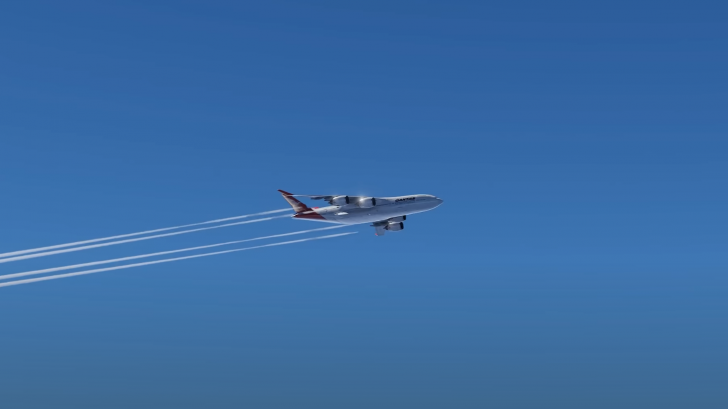 Back in the ‘90s, Lockheed Martin had their own idea for a double-decked super transport plane. The optimistic design was planned to be bigger than the 747 and would have carried more passengers than the A380. Lockheed came up with the name “Very Large Subsonic Airplane,” which had a takeoff weight of 1,400,000 lbs, a wingspan of 282ft, and a length of 262ft. But why was their aircraft never built?

The aircraft would have required longer and broader runways and taxiways. If gates had to be redesigned when the A380 came about, then entire airports would have to be rebuilt to accommodate this aircraft.

It would need a very long time for 900 passengers to board the aircraft. Even the service time alone after the unloading of passengers would have taken more hours than boarding.

You can’t possibly envision 900 people in an emergency without it being more chaotic than it should be, right? In a failed takeoff, the aircraft would have crushed most runways. If it landed by sea, it would probably sink almost immediately.

Lockheed Martin knew they could never make this gigantic aircraft alone. For this to work, they would need to partner with several other companies, such as Boeing and Airbus.

Planes as large as this require massive engines to do the heavy work. Because of this, it would be possible that the aircraft’s air vortex would delay planes landing or taking off after it. Oh, and it would have been incredibly noisy during takeoff and landing.