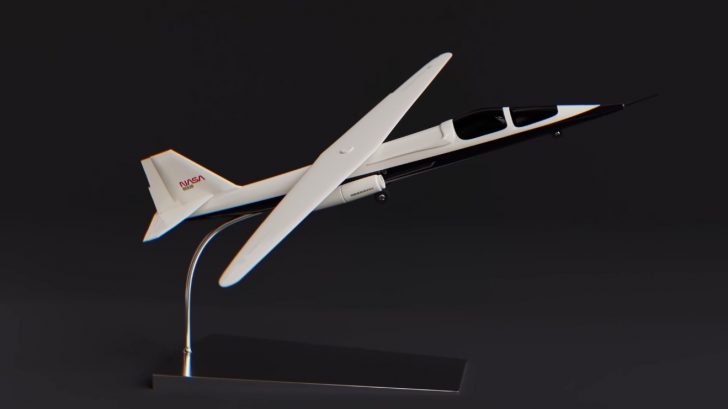 NASA has been a part of countless bizarre experiments all done in the name of advancing our understanding of aeronautics. In order to do this, they would oftentimes have to dig deep in their bag of tricks to push the limits of our current technology. One of these experiments included designing a variable sweep wing aircraft with pivoting wings called the AD-1. Here are 10 facts about NASA’s mind-boggling design:

1. The wings could assume three positions

The AD-1’s unique oblique wing has three various sweep positions available. For the sake of clarity, here is a time-lapse photograph from NASA depicting the wings’ positions: 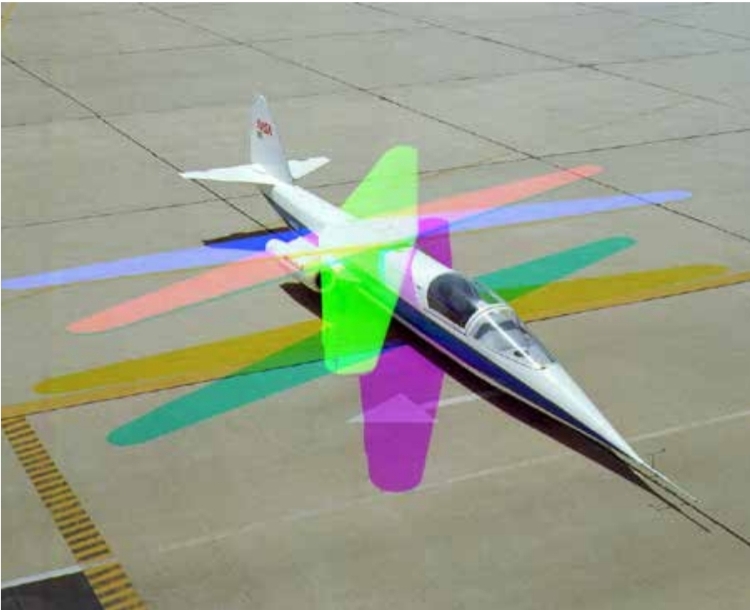 This means that the aircraft loses lift on one wing first, causing the plane to roll and yaw to the left. It also decreases its ability to control roll as it loses the aileron control on that wing. If the plane couldn’t recover, it might result in a perilous steep dive.

Having a single pivot point makes its construction simpler than a twin pivot and also reduces the stress placed on the mechanism.

The aircraft’s reduced drag came as a result of conforming closely to the Whitcomb Area Rule. Wave drag is the drag that arises from shock waves around the plane as it approaches the speed of sound. By one wing pointing forward and one backwards, it naturally distributes the cross-sectional area of the wing over the plane’s length.

5. Its non-traditional wings kept it straight and level during flight

As one wing shifts forward and the other shifts back, the center of lift remains relatively static. This also means that the pitch trim doesn’t need to compensate, decreasing the fuel lost to drag.

December 21, 1979, marked the first time an oblique-wing aircraft flew with a pilot on board. The historic flight was performed by pilot Thomas McMurtry and flown with the wings in its “straight” position as it took off from Edwards Air Force Base.

NASA’s experimental aircraft had two Microturbo TRS 18 turbojets that could each produce 220 lbf. These powerplants gave the AD-1 a maximum speed of 200 mph and a service ceiling of 12,000 ft.

The AD-1 was made of plastic reinforced with fiberglass separated by a rigid foam core. It allowed the aircraft to have a gross weight of 2,145 lbs and an empty weight of 1,450 lbs.

9. Only one was ever built

The cost to build one aircraft only came under $240,000 in 1979. The one and only model was flown 79 times during the 3-year program, and is now currently on exhibit in the Hiller Aviation Museum in San Carlos, California.

10. Its final flight was at an air show

Though the aircraft had a lot of problems of its own, it still managed to showcase its wings to many curious eyes during the Experimental Aircraft Association’s annual airshow at Oshkosh, Wisconsin. There, the AD-1 flew eight separate times to demonstrate its unique configuration.