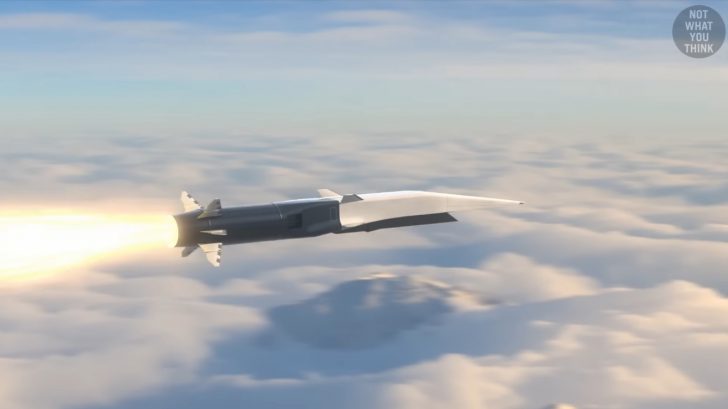 Creating a hypersonic missile involves solving a lot of extremely difficult problems. Yes, hypersonic technology is the future, but its utility is still up for debate. Here’s why:

1. What goes up, must come down

Specific impulse measures how efficiently an engine generates thrust – the higher the impulse, the higher the efficiency. Modern rockets measure around 200 to 450 seconds, while scramjets play around 4,000 seconds. This means that scramjets tend to have longer ranges, larger payloads, and have a higher constant velocity cruise.

3. Not as stealthy as advertised

The missile travels so fast it compresses the air molecules to the point that they turn into plasma. At this point, the missile becomes a large glowing object that can be visibly detected by infrared sensors and modern radars – even from space.

A recent study showed that its hypersonic cone yielded a relative radar cross-section due to the increase in area of conductivity around the object provided by its plasma sheath. This means that the plasma was acting primarily reflective than attenuative in nature.

Hypersonic missiles experience communications blackout during its return to earth. This is primarily because its plasma sheath blocks radio frequencies. The missiles would also be totally blind since its sensors in front would melt.

Nevertheless, hypersonic missiles are still in its early stages. There’s no doubt it’ll be more effective than what we currently have today.